Hundreds of people have stepped up to help a 7-year-old complete a bucket list after her parents shared that she was diagnosed with a terminal brain tumor and given just up to a year to live.

GLASGOW, Scotland - Hundreds of people have stepped up to help a 7-year-old complete a bucket list after her parents shared that she was diagnosed with a terminal brain tumor and given just up to a year to live.

Lee Jenkins said his daughter Laia was having trouble with balance and walking, but that they had hoped it was a psychological reaction to the loss of her pet rabbits or an ear infection that doctors diagnosed in August.

But days after her Sept. 6 birthday, Lee and Lorna took their daughter to Queen Elizabeth University in Hospital in Glasgow because her condition had deteriorated, and an MRI revealed a tumor,  reported South West News Service, a British news agency. Laia was then diagnosed with Diffuse Intrinsic Pontine Glioma (DIPG), a type of tumor that starts in the brain stem and is difficult to treat.

The most common symptoms of DIPG include problems with balance and walking, issues with the eyes, problems chewing and swallowing, nausea and vomiting, morning headache, facial weakness or drooping. The primary treatment for DIPG, which Laia will begin on Oct. 1, is radiation therapy. Chemotherapy may also be used alongside radiation, but surgery is rarely an option because of the tumor’s sensitive location. 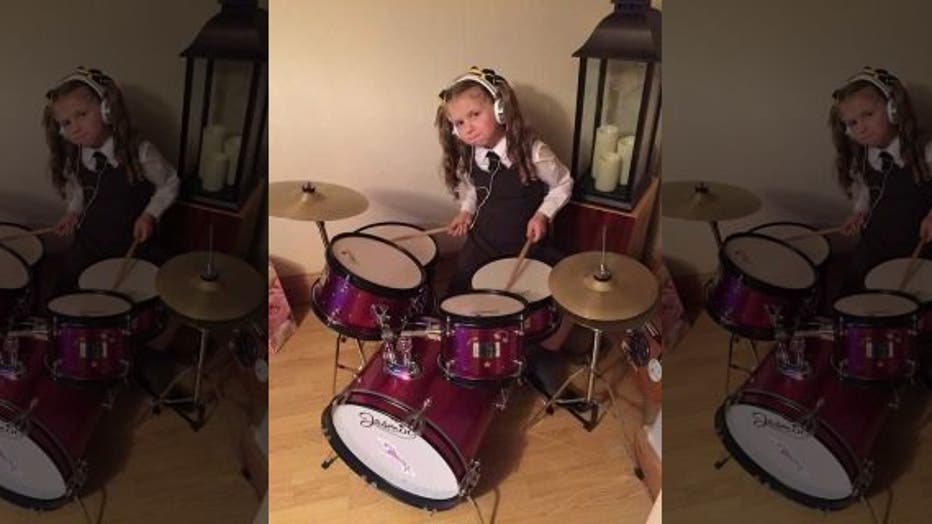 Laia Jenkins, 7, is completing her bucket list after she was diagnosed with a terminal brain tumor giving her less than two years to live. (SWNS)

There is no cure for DIPG, and survival rates remain very low, according to St. Jude Children’s Research Hospital. Jenkins told SWNS that Laia has been given between nine months and year to live with treatment.

“We are still trying to come to terms with it, trying to understand it, watching our wee lassie getting worse,” he told the news outlet. “After the radiotherapy, she might get better for a while as well. We’ve been told with treatment it will be about 12 months, without treatment it will be between three to six months. We’ve been through panic, anger, and helplessness.”

But the family has decided to live out Laia’s best days doing things she has dreamed of doing, including riding a pony and taking a trip to Disney in Orlando. More than 400 people have donated to a fundraising page to help her bucket list items, and Jenkins said many others have reached out with offers to help.

“It’s amazing, I honestly can’t believe it,” he told SWNS. “I don’t know how to put into words how much I appreciate what people have done for us. They made us hopeful and that has been passed on to Laia – it’s had such a good impact already. It’s got us in a positive mood and we can see that’s having an impact on Laia. We’re all feeling very positive.”