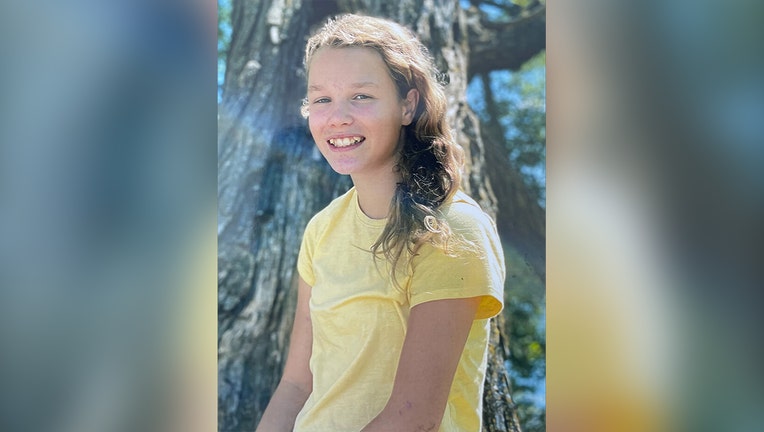 Halle Marie Kelly Kennedy, 15, has been missing from her home in Andover since Wednesday around 9 a.m.  (FOX 9)

The Anoka County Sheriff’s Office is asking for the public’s help in locating a 15-year-old who has been missing since Wednesday morning.

Halle Marie Kelly Kennedy was last seen leaving her home in Andover on her mountain bike around 9:10 a.m.

Kennedy was riding a black mountain bike and was wearing a black coat, gray sweatpants and a blue winter hat with a puff ball on top and black boots. She is described as 5 feet 2 inches tall, weighs 105-110 pounds and has light brown curly hair with blue eyes.

Anyone with information on Kennedy’s whereabouts is asked to contact Anoka County Sheriff’s Office dispatch at 763-427-1212 or 911.

The Minnesota Bureau of Criminal Apprehension and the Anoka County Sheriff’s Office are investigating this incident.