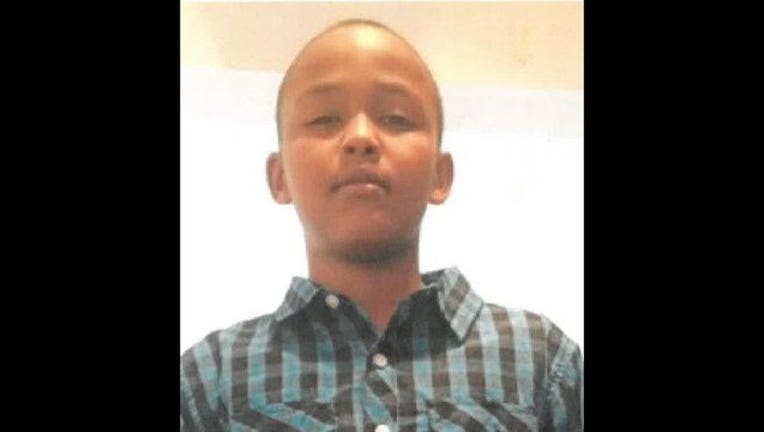 Yasin, 11, left his home in Burnsville, Minnesota on Sunday night and has not returned.

Authorities are asking for the public’s help in locating an 11-year-old boy who has been missing from his home in Burnsville, Minnesota since Sunday night.

Yasin Abdulkadir left his family’s apartment on the 1000 block of Burnsville Parkway West on Sunday night and has not yet returned. Yasin has a history of running away, and police are concerned about his age and how long he has been gone.

There have been several confirmed sightings of Yasin in the area since he went missing, according to the Burnsville Police Department. He was last seen near Burnsville Parkway and Interstate 35W and was wearing a yellow shirt, flip flops and red and white pants.

Anyone who sees Yasin is asked to call 911 and report his location. Anyone with additional information regarding his whereabouts is asked to call Detective Christine Carpenter at 952-895-4592.