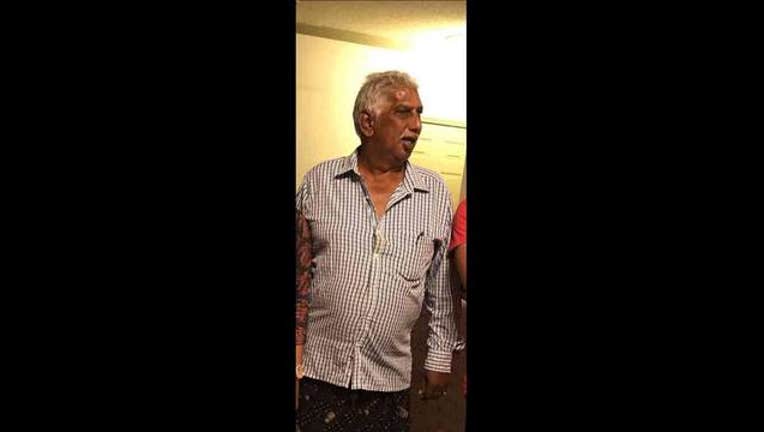 MINNEAPOLIS (KMSP) - Update (5 p.m.) - Siva Muddana has been found and reunited with his family.

The Minneapolis Police Department is asking for the public's help in locating a vulnerable adult who has been missing since Friday evening.

Siva Muddana, 67, has only been in the country for two weeks. He was last seen by the Stone Arch Bridge in downtown Minneapolis.

Anyone with information on Muddana's whereabouts is asked to call 911.