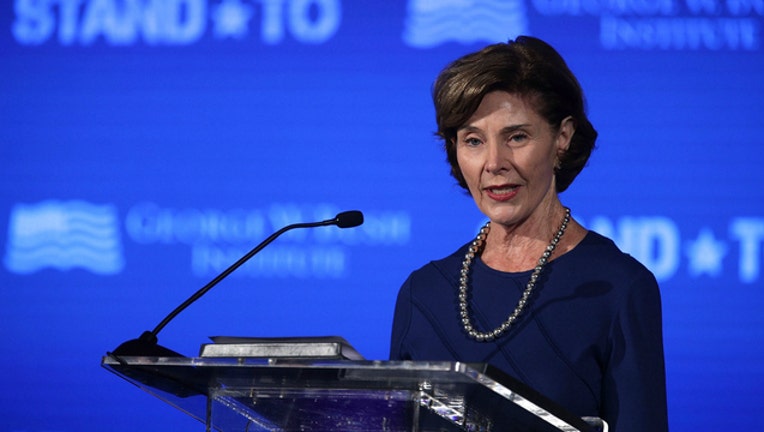 "I live in a border state. I appreciate the need to enforce and protect our international boundaries, but this zero-tolerance policy is cruel. It is immoral. And it breaks my heart," Mrs. Bush wrote in an editorial published in the Washington Post on Sunday. "Our government should not be in the business of warehousing children in converted box stores or making plans to place them in tent cities in the desert outside of El Paso. These images are eerily reminiscent of the Japanese American internment camps of World War II, now considered to have been one of the most shameful episodes in U.S. history."

It is unprecedented for former First Lady to criticize the policies of a current president.

President Donald Trump has attempted to blame Democrats for the separations at the border, but the situation is the sole result of a new Trump Department of Justice policy enacted in early April which mandates that all adults trying to cross the border be treated as criminals. Thus, since they are taken into custody as potential criminals, their children are not allowed to stay with them.

The Department of Homeland Security reports that nearly 2,000 children were sent to mass detention centers between April 19 and May 31.