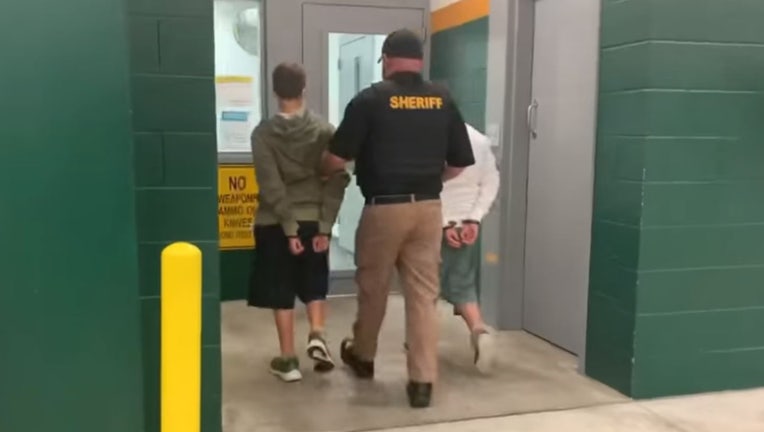 LEHIGH ACRES, Fla. - Florida deputies arrested two middle school students who they say were planning a mass shooting at their campus, thanks to a tip from a classmate.

The Lee County Sheriff's Office said a student at Harns Marsh Middle School in Lehigh Acres told an eighth-grade teacher about another student who possibly had a gun in his bag.

When school administrators searched the student's backpack, they didn't find any weapons.

"However, a map of the school was located. The map contained markings indicating the location of each of the school’s interior cameras," Lee County Sheriff Carmine Marceno said in a press conference.

RELATED: Okefenokee Joe, an alligator believed to be as old as WWII, passes away

Deputies arrested two students, ages 13 and 14, and said both teens were well known to law enforcement, WINK-TV reports. Marceno said investigators had been to their homes nearly 80 times in the past.

According to the sheriff, both teens had been "extensively studying" the Columbine High School mass shooting, where 12 students and a teacher were killed by two students in 1999.

Detectives learned the boys were also trying to learn how to build pipe bombs and how to buy firearms on the black market, Carmine said.

Deputies found guns and knives when searching their homes.

"This could have been the next Parkland massacre but we stopped them in the planning stages," Marceno said. "I’m also proud of the teacher who initially received the information and acted quickly in notifying the SRO and school administration."

Both teens underwent a mental health evaluation before being transferred to a juvenile detention facility.

The sheriff thanked the student and teacher who reported the possible threat to school administratiors.

The teens are each being charged with conspiracy to commit a mass shooting.