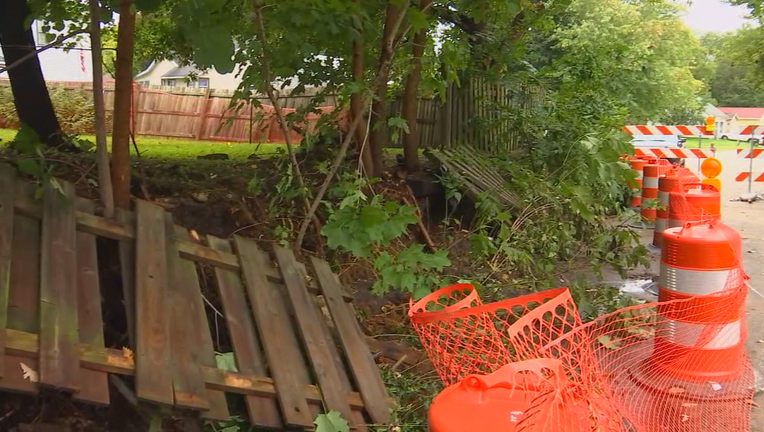 Surveillance video from an auto repair shop showed 25 minutes of intense rain and flash flooding between 5 and 5:30 Wednesday morning.

With more rain expected Thursday, residents in Red Wing, Minnesota were bracing for another hit after dealing with flash floods throughout the week.

Malinchoc-Devore showed FOX 9 his basement where water broke a window and poured in until it was waist deep. Much of his inventory was stored there, but now sits in the dumpster. He estimates about $20,000 worth of books were damaged.

“I know a lot of books by their cover,” said Malinchoc-Devore. “I can’t say it’s like losing a child, but when you see something that you have an attachment to and you recognize, it’s tough to lose them.” 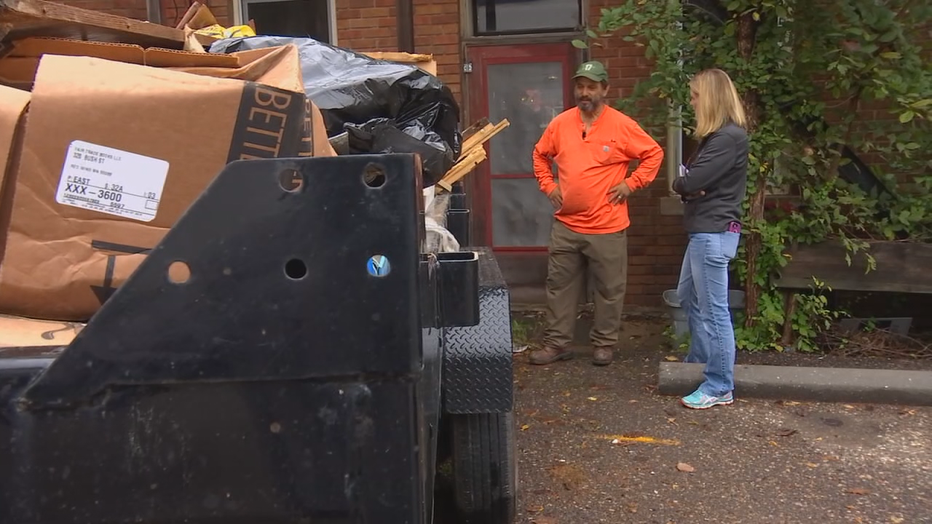 A bookstore owner had to throw out $20,000 of inventory that was water damaged in flash flooding. (FOX 9 Minneapolis-St. Paul)

Across the street, Jill Fanslow, the owner of Tootsie Too’s and Red Wing Restyle, was also drying things out.

“With it being 9/11 yesterday, just put it in perspective that I got to go home and hug my family and that none of my inventory was ruined,” said Fanslow.

The historic Sheldon Theater was damaged as well. The water in the basement came up for the first time in a decade. The box office also suffered roof damage after undergoing a major restoration just last year.

“It should be covered by insurance because that was due to the rain coming down as opposed to flooding,” said Bonnie Schock of the Sheldon Theatre.

Owens assessed some damage to storm tunnels, a couple roads and found popped off manhole covers. He says it’s far worse than he’s ever seen.

City leaders say they are looking closely at their infrastructure to hopefully prevent this from happening again.