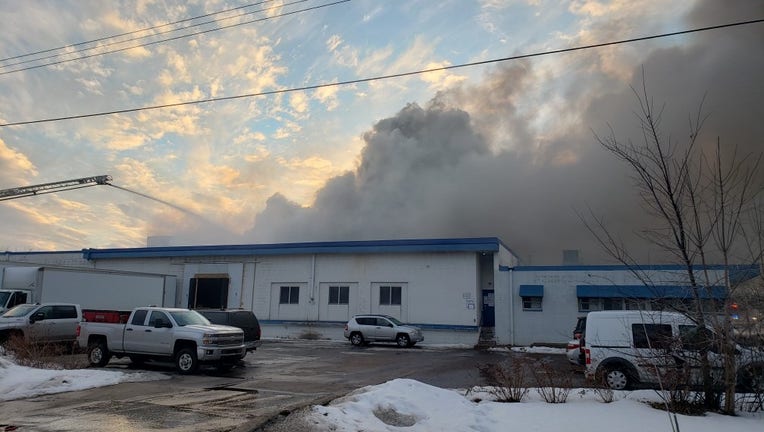 MINNEAPOLIS (FOX 9) - Power is out for neighbors, and the building has partially collapsed as a large fire burns at a warehouse in north Minneapolis.

Crews responded just after 5 p.m. for the fire reported along the 400 block of 35th Avenue NE in the city's Columbia Park neighborhood. As fire crews arrived, they found smoke and fire shooting from the roof.

Crews called in a second alarm to bring in extra firefighters on the scene and moved for a defensive attack from the exterior of the warehouse. We're told everyone inside the warehouse made it out safely.

Firefighters say the square building had a three-story tower inside that was fully engulfed in flames and had partially collapsed, as did one of the corners of the building.

Xcel and CenterPoint Energy have shutdown utilities and power for the area as the fight is underway. The Minneapolis Fire Department says it is making progress in slowing the fire.

As of 6:20 p.m., firefighters said the bulk of the fire had been knocked down in the main building.