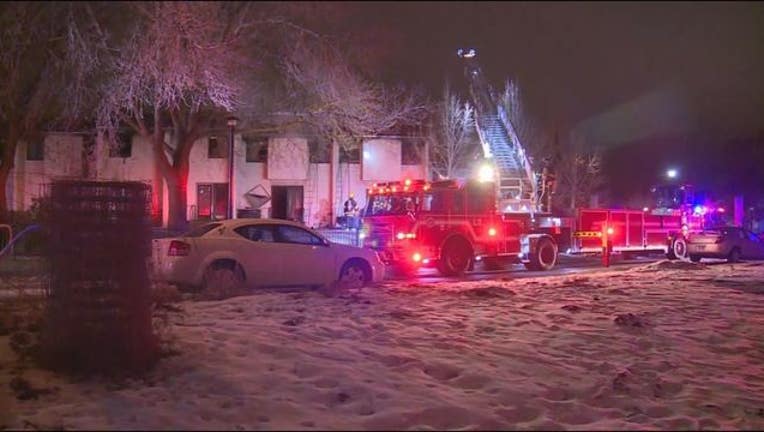 Crews were called back to the scene of a fire at a townhouse in the Little Earth Reservation in Minneapolis after it reignited early Sunday morning.

MINNEAPOLIS (KMSP) - A fire at a townhome in the Little Earth Reservation in Minneapolis reignited early Sunday morning.

The fire had initially begun around 4 p.m. on Saturday on the first floor of a townhome on the 2400 block of Ogema Place. It was put out, but firefighters were called back to the scene around 3:15 a.m. after the fire rekindled, Minneapolis Fire spokesperson Bryan Tyner said.

The fire was out by approximately 4 a.m. No one was in the building when it reignited.