MAPLE GROVE, Minn. (FOX 9) - The person missing after a fire at destroyed a warehouse in Maple Grove, Minnesota Tuesday night has been confirmed dead after crews located remains within the debris Wednesday.

Crews are still searching for one person who is unaccounted for after a fire at a RV and boat warehouse in Maple Grove, Minnesota Tuesday.

Fire Chief Tim Bush says the fire broke out at Hansen Outdoor Storage, a storage facility that stores boats and RVs, on Bass Lake Road around 6:13 p.m. The initial call stated there were three people in the building and smoke was showing. 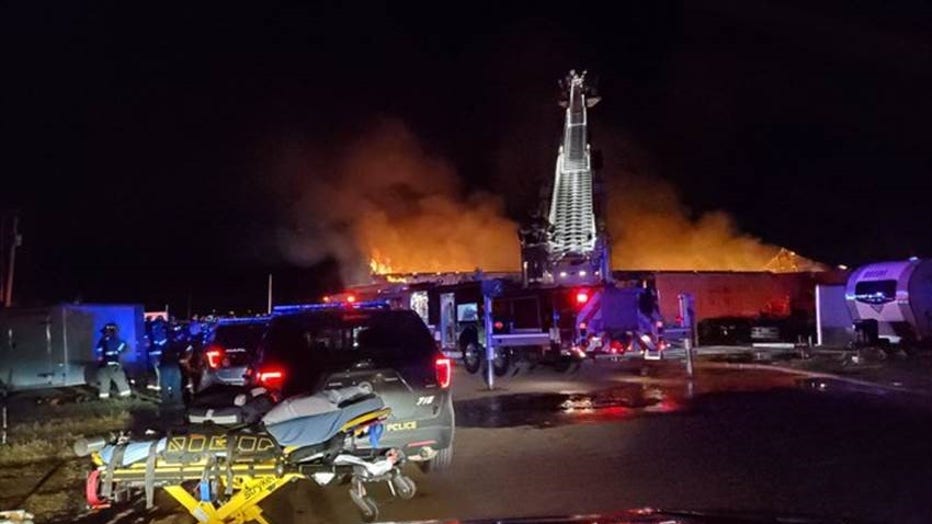 When firefighters arrived, two people were able to get out of the building, but one person remained missing. Crews tried to go inside the building, but had to pull out due to the flames as the fire grew to a two-alarm fire. 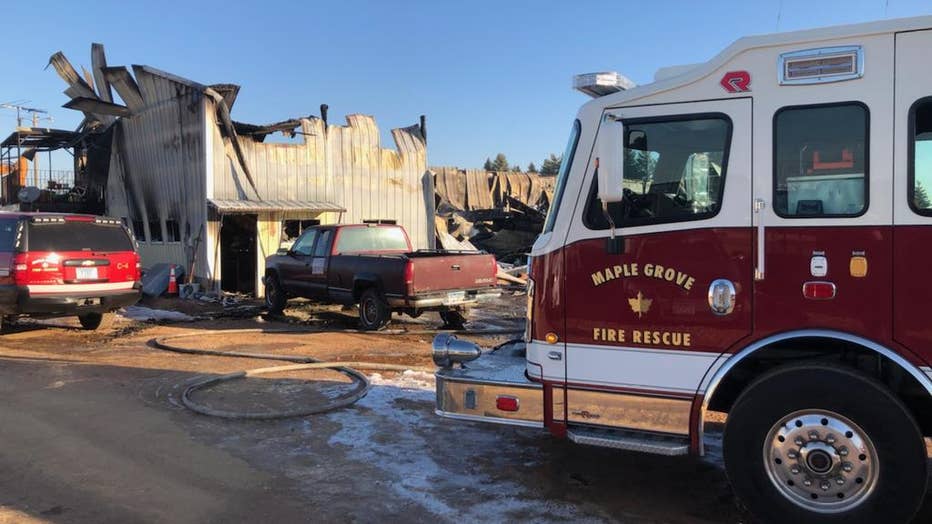 One person is still unaccounted for after a fire at a warehouse in Maple Grove, Minnesota Tuesday night. (FOX 9)

Of the two people who got out of the building, one was taken to the hospital. The severity of their injuries is unknown at this time. The other person was treated on scene.

The fire was put out by 10 p.m., but crews remained searching for the unaccounted for person into Wednesday.

The building is considered a total loss.