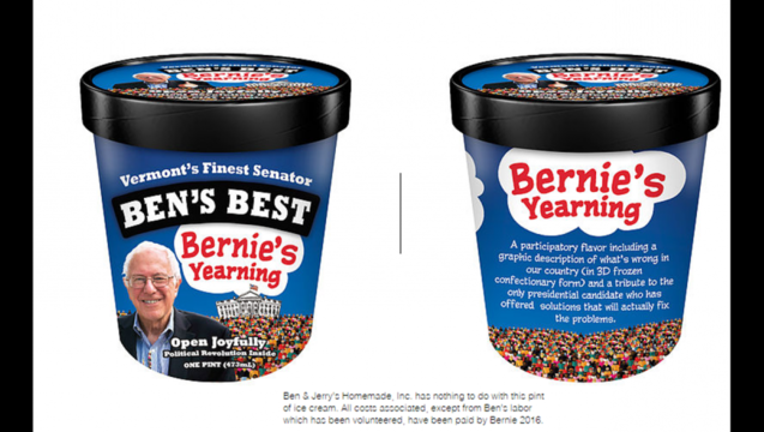 (FOX NEWS) - Sen. Bernie Sanders is getting some sweet, sweet support from one of the co-founders of Ben & Jerry's ice cream -- in the form of his very own flavor.

"Jerry and I have been constituents of Bernie Sanders for the last 30 years," Cohen says on the official site for the product. "We've seen him in action and we believe in him. When we're out speaking on his behalf people always ask if there's a Ben and Jerry's flavor."