DETROIT - A tweet from Elon Musk indicating that Tesla might allow some owners who are testing a "Full Self-Driving" system to disable an alert that reminds them to keep their hands on the steering wheel has drawn attention from U.S. safety regulators.

The National Highway Traffic Safety Administration says it asked Tesla for more information about the tweet. Last week, the agency said the issue is now part of a broader investigation into at least 14 Teslas that have crashed into emergency vehicles while using the Autopilot driver assist system.

Since 2021, Tesla has been beta-testing "Full Self-Driving" using owners who haven't been trained on the system but are actively monitored by the company. Earlier this year, Tesla said 160,000, roughly 15% of Teslas now on U.S. roads, were participating. A wider distribution of the software was to be rolled out late in 2022.

Despite the name, Tesla still says on its website that the cars can't drive themselves. Teslas using "Full Self-Driving" can navigate roads themselves in many cases, but experts say the system can make mistakes. "We’re not saying it’s quite ready to have no one behind the wheel," CEO Musk said in October.

Twitter owner Elon Musk sparked outrage in the media after journalists from CNN, The New York Times and other outlets were temporarily locked out of their Twitter accounts.

On New Year’s Eve, one of Musk’s most ardent fans posted on Twitter that drivers with more than 10,000 miles of "Full Self-Driving" testing should have the option to turn off the "steering wheel nag," an alert that tells drivers to keep hands on the wheel.

It’s not clear from the tweets exactly what Tesla will do. But disabling a driver monitoring system on any vehicle that automates speed and steering would pose a danger to other drivers on the road, said Jake Fisher, senior director of auto testing for Consumer Reports.

"Using FSD beta, you’re kind of part of an experiment," Fisher said. "The problem is the other road users adjacent to you haven’t signed up to be part of that experiment." 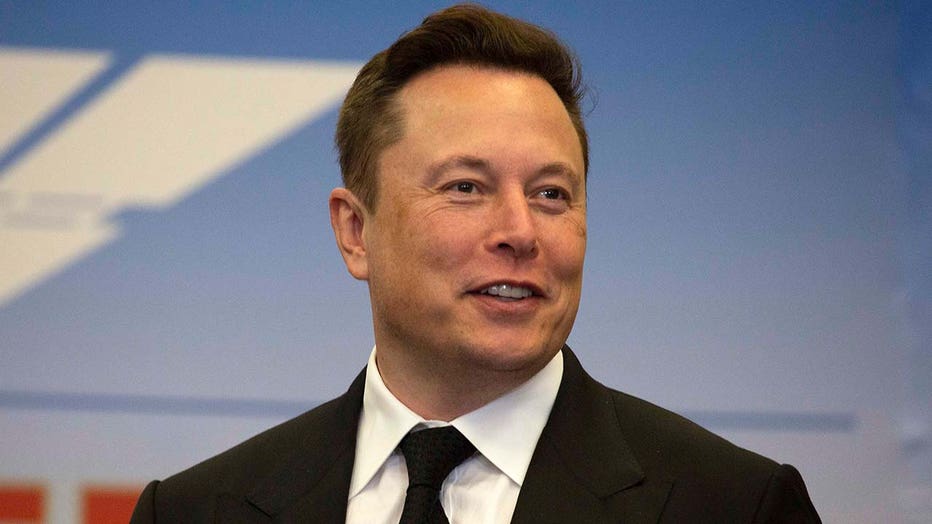 Elon Musk, founder and CEO of SpaceX, participates in a press conference at the Kennedy Space Center on May 27, 2020 in Cape Canaveral, Florida. NASA astronauts Bob Behnken and Doug Hurley were scheduled to be the first people since the end of the Sp

Auto safety advocates and government investigators have long criticized Tesla's monitoring system as inadequate. Three years ago the National Transportation Safety Board listed poor monitoring as a contributing factor in a 2018 fatal Tesla crash in California. The board recommended a better system, but said Tesla has not responded.

Tesla’s system measures torque on the steering wheel to try to ensure that drivers are paying attention. Many Teslas have cameras that monitor a driver's gaze. But Fisher says those cameras aren't infrared like those of some competitors' driver assistance systems, so they can't see at night or if a driver is wearing sunglasses.

Philip Koopman, a professor of electrical and computer engineering at Carnegie Mellon University, argued that Tesla is contradicting itself in a way that could confuse drivers. "They're trying to make customers happy by taking their hands off the wheel, even while the (owners) manual says ‘don’t do that.' "

Indeed, Tesla's website says Autopilot and the more sophisticated "Full Self-Driving" system are intended for use by a "fully attentive driver who has their hands on the wheel and is prepared to take over at any moment." It says the systems are not fully autonomous.

NHTSA has noted in documents that numerous Tesla crashes have occurred in which drivers had their hands on the wheel but still weren't paying attention. The agency has said that Autopilot is being used in areas where its capabilities are limited and that many drivers aren't taking action to avoid crashes despite warnings from the vehicle.

Tesla's partially automated systems have been under investigation by NHTSA since June of 2016 when a driver using Autopilot was killed after his Tesla went under a tractor-trailer crossing its path in Florida. The separate probe into Teslas that were using Autopilot when they crashed into emergency vehicles started in August 2021.

Including the Florida crash, NHTSA has sent investigators to 35 Tesla crashes in which automated systems are suspected of being used. Nineteen people have died in those crashes.

Consumer Reports has tested Tesla's monitoring system, which changes often with online software updates. Initially, the system didn't warn a driver without hands on the wheel for three minutes. Recently, though, the warnings have come in as little as 15 seconds. Fisher said he isn't sure, though, how long a driver's hands could be off the wheel before the system would slow down or shut off completely.

In shutting off the "steering wheel nag," Fisher said, Tesla could be switching to the camera to monitor drivers, but that's unclear.

RELATED: Elon Musk says he will resign as Twitter CEO once he finds ‘someone foolish enough to take the job’

Despite implying through the names that Autopilot and "Full Self-Driving" can drive themselves, Fisher said, it's clear that Tesla expects owners to still be drivers. But the NTSB says human drivers can end up dropping their guard and relying too much on the systems while looking elsewhere or doing other tasks.

Those who use "Full Self-Driving," Fisher said, are likely to be more vigilant in taking control because the system makes mistakes.

"I wouldn't dream of taking my hands off the wheel using that system, just because it can do things unexpectedly," he said.

Koopman said he doesn't see a great safety risk from disabling the steering wheel nag because the Tesla monitoring system is so flawed that disabling it doesn't necessarily make Teslas any more dangerous.

NHTSA, he said, has enough evidence to take action to force Tesla to install a better monitoring system.

The agency says it doesn't comment on open investigations.