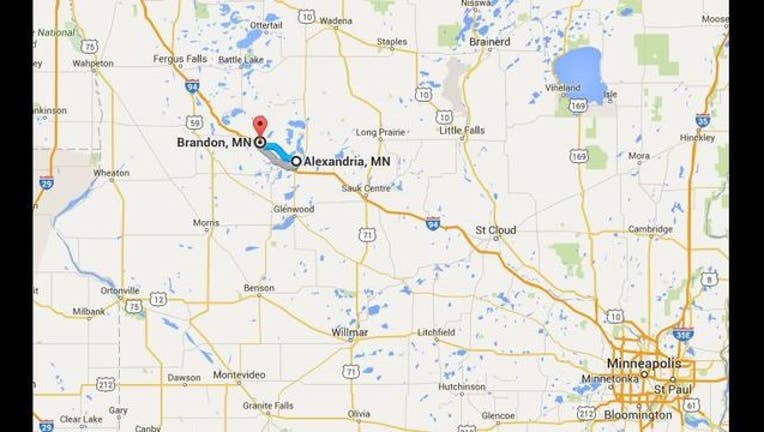 BRANDON, Minn. (KMSP) - A father and son were found dead in a rural Douglas County residence on Saturday, police confirmed.

At about 5:49 p.m., the Douglas County sheriff’s office received a 911 call reporting two men were injured and not breathing at 18862 Tower Hill Rd. SW in Brandon, Minn., about 13 miles northwest of Alexandria. Both were deceased upon arrival.

“The case surrounding the two deaths remains under investigation by the DCSO with assistance from the MN BCA.  Based on the preliminary investigation at the scene the public is not in any danger,” Douglas County sheriff’s officials said in a news release.

Investigators determined that both individuals were the only ones at the home during the time of the incident.