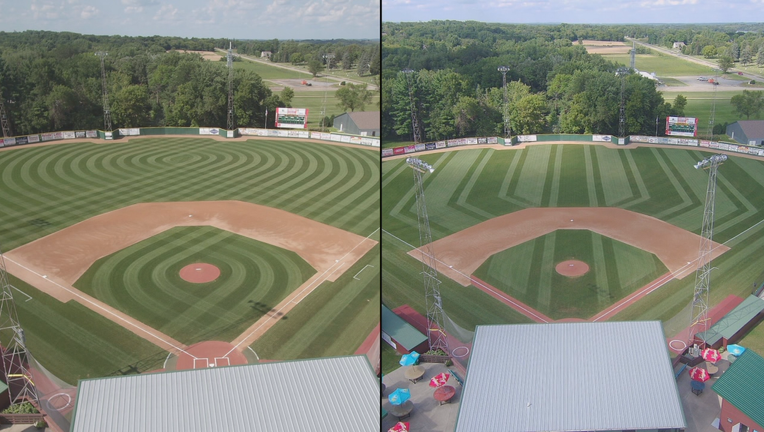 The Dassel duo's designs are getting international recognition.

DASSEL, Minn. (FOX 9) - The Flick family has been in charge of keeping the baseball field in Dassel looking dapper for more than two decades and now they’re getting worldwide recognition for their creative designs.

“I guess some people have said I’m an artist. I do it to entertain myself,” Cole Flick said.

The Flick family has been in charge of keeping the baseball field in Dassel looking dapper for more than two decades and now they’re getting worldwide recognition for their creative designs.

Flick played for the Dassel Saints, an amateur baseball team in Dassel, Minnesota, before he was asked to start maintaining the field in 1997. Since then, he’s turned landscaping into an art by mowing designs into the outfield.

"There’s just something in me that thinks what else could I do to make it stand out or be a little," he said.

It's a passion he has passed on.

"Well, he’s been doing it forever and at a really young age I was just tagging along with him to the field," Jordan Flick explained. 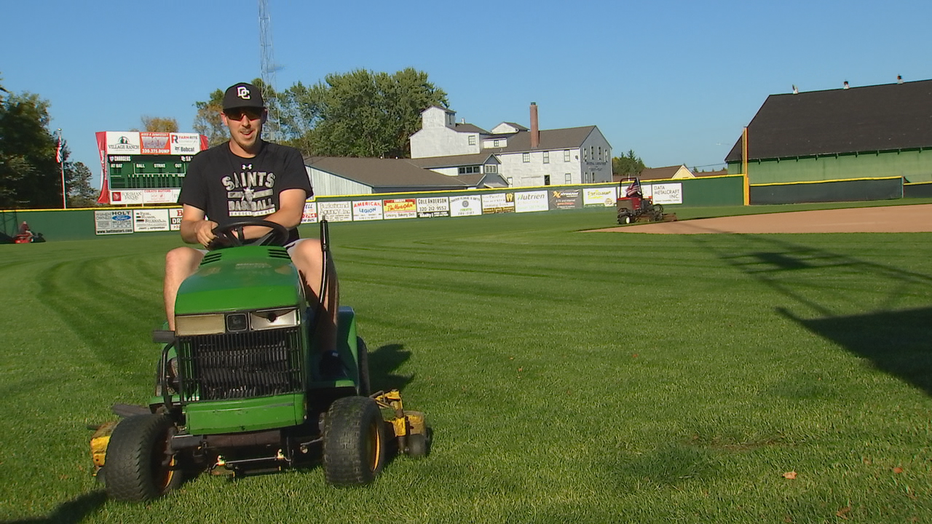 Cole Flick has passed on his talent to the next generation.

"There’s plenty of different forms of art," Jordan Flick said. "This is one of them, I guess."

And now the world is recognizing them for their creations. After they entered a worldwide lawn design competition put on by a lawnmower company in the U.K., the father-son duo ended up mowing down the competition from 10 other countries with their designs taking two of the top six spots.

"I entered one pattern first," Jordan said. "I didn’t tell my dad I was doing it so he entered a separate pattern as well." Right now, they're getting the field ready for winter, but they say they’re already planning their design for the competition next year.

At the Dassel field of dreams, their motto is “if you mow it, they will come.”