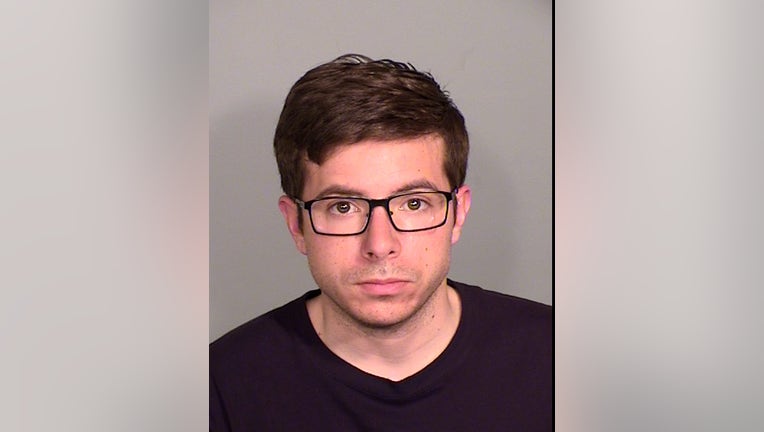 ST. PAUL, Minn. (FOX 9) - Valerie Lewis’s emotions are all over the place right now as she continues to be angry and heartbroken over the shooting death of her brother over the weekend.

Her younger brother, Dougy Lewis, died after being shot in an apparent road rage incident.

Prosecutors have charged 24-year-old Anthony Trifiletti with second-degree intentional murder for opening fire on Lewis, who was unarmed after what’s been described as a minor accident Friday night.

The entire encounter unfolded near the interchange of Burns Avenue and Hwy. 61 in St. Paul, right in front of Kim Lawler’s house.

Lawler, a U.S. Army Reservist, said she heard some yelling and the gunfire. She rushed out to tend to the 39-year-old father of four.

“We were searching for blood and wounds and trying to keep him alive until EMTS got here, which they did extremely fast,” she said.

According to court filings, Trifiletti is arguing the shooting was a justified case of self defense and that he feared for his life when his attempt to exchange information with Lewis boiled over.

Trifiletti claims Lewis shouted something about a gang and eventually appeared to reach under his shirt. That’s what he fired, striking Lewis four times.

Based on everything she saw that night, Lawler is not buying this argument of self-defense.

“He was 30 feet away,” said Lawler. “If you are that afraid, he had a big, old truck, why don’t you get in your big old truck and leave?”

“There was no reason to use his firearm,” she added.

While Trifiletti sits in jail ahead of a Friday court appearance, Lewis’ loved ones are grieving the loss of a precious family member, full of joy.

Like Lawler, the family contends this was not a case of self-defense, but rather a racially motivated murder and they want justice.