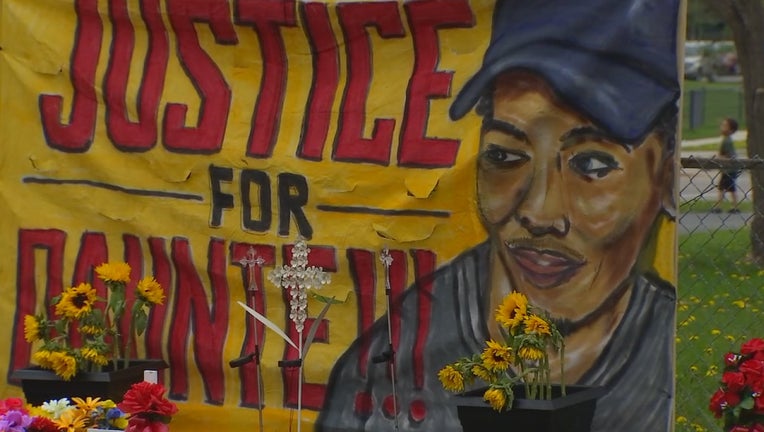 A painting at Sunday's vigil for Daunte Wright in Brooklyn Center, Minnesota. (FOX 9)

ST. PAUL, Minn. (FOX 9) - A vigil and march on Sunday marked three weeks since the police shooting of Daunte Wright in Brooklyn Center.

Hundreds joined the family of Daunte Wright as they marched from the site where he was killed to the Brooklyn Center Police Department.

Wright was shot by Brooklyn Center Police Officer Kim Potter during a traffic stop on April 11. During the stop, Potter apparently mistook her firearm for her Taser gun and shot Wright as he attempted to drive away from officers, who were arresting him on an outstanding warrant.

After being shot once by Potter, Wright was able to get away but shortly after crashed into another vehicle at 63rd Avenue North and Kathrene Drive.

After the shooting, which sparked large protests in the days that followed, Potter resigned from the force and was later charged with manslaughter.

Sunday's march ended with a barbeque outside the Brooklyn Center Police Department, the focal point of protests three weeks ago following the shooting.