A family of five celebrating the father's birthday were among the 34 presumed dead in the tragic dive boat fire off the Santa Barbara coast this Labor Day weekend.

STOCKTON, Calif. (KTVU/AP) - A family of five celebrating the father's birthday were among the 34 presumed dead in the tragic dive boat fire off the Santa Barbara coast this Labor Day weekend.

A broken-hearted mother posted on her Facebook page Tuesday that her three daughters, their father and his wife were among those presumed dead.

Susana Rosas of Stockton, California, posted that her three daughters - Evan, Nicole and Angela Quitasol - were with their father Michael Quitasol and stepmother Fernisa Sison. They had planned a diving trip to celebrate Michael's birthday aboard the dive boat Conception, which went down in flames early Monday morning. 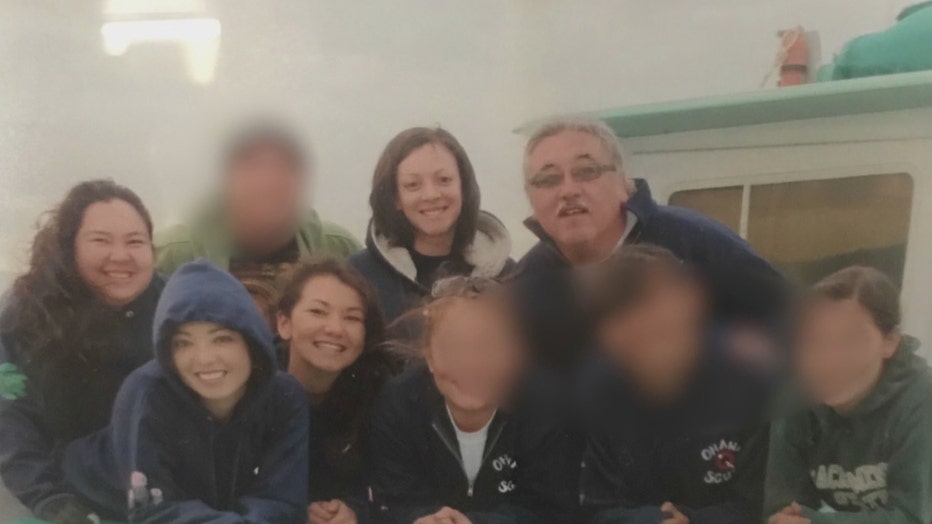 The Quitasol family was aboard the Conception dive boat to celebrate Michael's birthday.

Evan Quitasol was a nurse at St. Joseph's Medical Center of Stockton, where her father and Sison had worked after attending nursing school at San Joaquin Delta College.

"We were extremely saddened to learn the tragic news that one of our nurses was on board the Conception," Dignity Health said in a statement.

Sison also worked at the college teaching first-year nursing students full-time in 2005 and 2006 and later as an adjunct instructor, according to the school's spokesman, Alex Breitler.

"Everybody's devastated. It's a totally unexpected thing that happened," said Dominic Selga, Sison's ex-husband. "What caused the fire, that's the big question, that's what we all want to know."

A team from the National Transportation Safety Board arrived Tuesday to investigate the cause of the tragedy.

"I am 100% confident that our investigators will determine the cause of this fire, why it occurred, how it occurred and what is needed to prevent it from happening again," NTSB member Jennifer Homendy told reporters.

Rosas' husband, Chris, told Fox News that Nicole Quitasol worked as a bartender in Coronado near San Diego and her sister, Angela, was a science teacher at a middle school in Stockton.

The sisters were on the trip to celebrate their dad's birthday, Chris Rosas said. He described them as "the most kind, most loving people I've ever met - and I'm not just saying that because they're family. The way they interacted with anyone they came across, they were wonderful. They were outstanding girls. That’s about all I can tell you right now.”

Nicole worked for a Coronado restaurant called Nicky Rottens. A GoFundMe page the restaurant started to help the family described Nicole as "an adventurous & loving soul."

All three girls had been bridesmaids at their sister Evita’s wedding two weeks ago.

“She loved the outdoors, loved animals, loved and lived by the sea,” Rosas said of Nicole, who lived in the beach resort town Coronado. Rosas and his wife left their home in Stockton for Santa Barbara Monday when they heard the news.

RELATED: They bonded over diving: Father, daughter among those who died aboard Conception

The fire broke out shortly after 3 a.m. Monday as the boat sat anchored in Platt's Harbor off Santa Cruz Island. The Conception was on a three-day excursion to the chain of rugged, wind-swept isles that form Channel Islands National Park in the Pacific Ocean west of Los Angeles. 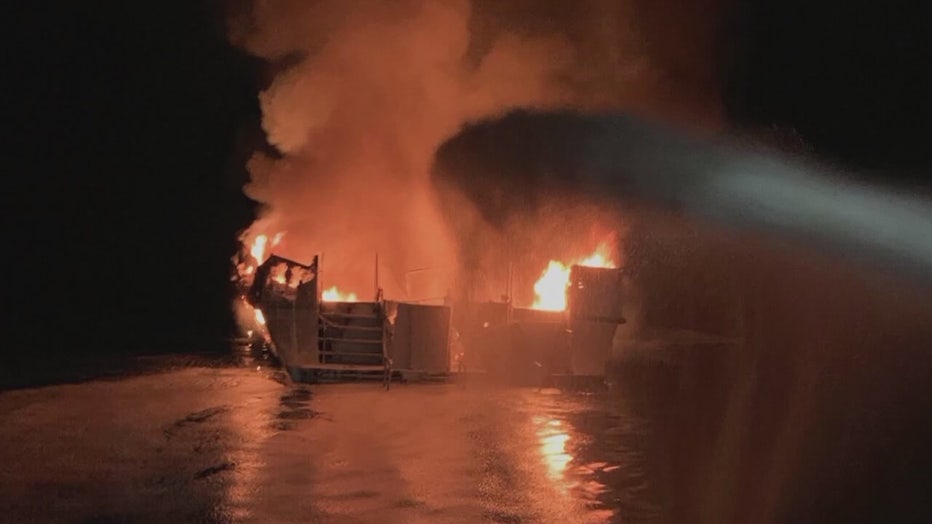 Among those on board were some students from Pacific Collegiate School in Santa Cruz, a public charter school for grades 7 through 12, the school said.

Scott Chan, a physics teacher at American High School in Fremont, also was on board with his daughter, said Brian Killgore, a spokesman for the Fremont Unified School District.

The district said in a statement that Chan taught Advance Placement physics classes for the past three years at the school and was well-liked.

"His students knew him to be an innovative and inspiring teacher who developed a passion for physics among his students," the district said in a statement. "His loss is a tremendous tragedy for our school district."

Chan said on his LinkedIn page that his teaching was fed by his "passion and wealth of real-world experience from research laboratories, and the electronics, computer, and high-performance automotive industries."

FOX 10 Phoenix has learned that an Arizona couple, Patricia Beitzinger and Neal Baltz, are believed to have been killed in the fire.

Also below decks was Kristy Finstad, a marine biologist and co-owner of Worldwide Diving Adventures in Santa Cruz, which chartered the boat. Finstad was leading the scuba tour.

Finstad knew the area well, having done hundreds of dives in the Channel Islands, where she first swam with her father as a toddler. She first dove with a tank off Mexico at age 9, according to her company's website.

Finstad was described by her brother, Brett Harmeling of Houston, as strong-willed and adventurous.

"If there was a one percent chance of her making it, she would have made it," he told the Los Angeles Times.

Finstad studied damselfish and corals in the Tahitian Islands, dove for black pearls in the French Polynesian Tuamotus Islands and counted salmonids for the city of Santa Cruz, where she lived. She also did research for the Australian Institute of Marine Science and wrote a restoration guidebook for the California Coastal Commission.

"My mission is to inspire appreciation for our underwater world," she wrote on her company's website.

She and her husband had just returned from sailing across the South Pacific.

The Conception, based in Santa Barbara Harbor, was owned by Santa Barbara-based Truth Aquatics, founded in 1974. A memorial at the harbor quickly grew as mourners came to pay their respects.

Actor Rob Lowe tweeted that he had been aboard the vessel many times. Dave Reid, who runs an underwater camera manufacturing business with his wife, Terry Schuller, also has traveled on the Conception and two other boats in Truth Aquatics' fleet and said he considered all three among the best and safest.

Schuller said the company's crews have always been meticulous in going over safety instructions at the beginning of every trip she's been on.

"They tell you where the life jackets are, how to put them on ... the exits, where the fire extinguishers are, on every single trip," Schuller said.

The search for other survivors ended Tuesday. At least 20 bodies had been recovered and officials continued efforts to bring in others spotted on the ocean bed. Some may be inside the sunken boat.

The only survivors were believed to be the captain and four crew members who were awake on the upper decks. They jumped off the front of the vessel, swam to an inflatable boat at the back and steered it to a ship anchored nearby.

But flames moved so quickly through the 75-foot vessel that it blocked both a narrow stairway and an escape hatch leading to the upper decks, giving those below virtually no chance of escaping, authorities said.