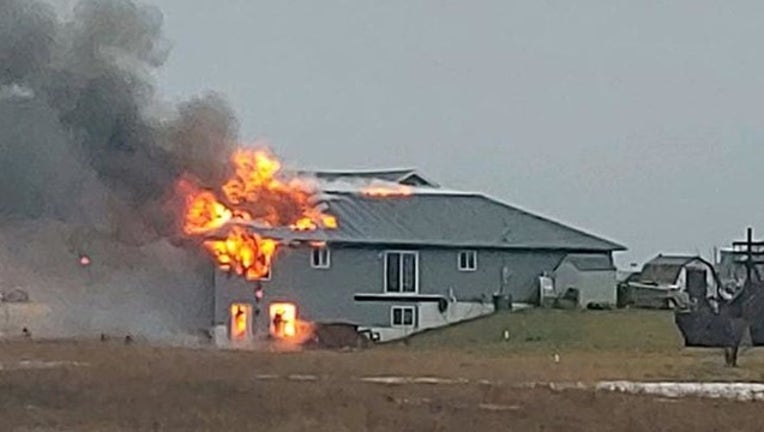 NEW RICHMOND, Wis. (FOX 9) - A family is displaced after a fire destroyed their home in New Richmond, Wisconsin. Authorities believe the fire was caused by a lightning strike.

According to the St. Croix County Sheriff's Office, shortly before 1 p.m. Wednesday, authorities were notified of a house fire on 134th Avenue. When firefighters arrived, the house was fully involved and it was declared a total loss.

Officials said another house caught on fire at 132nd Avenue, but it was knocked down quickly and no one was displaced. A third house reported a fuel leak, likely as a result of a lightning strike, but the issue was resolved.