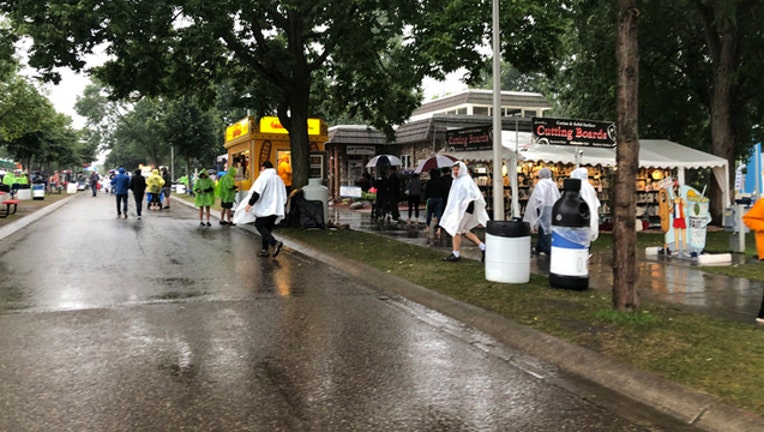 FALCON HEIGHTS, Minn. (FOX 9) - Monday was just the third day in the last seven years to have fewer than 100,000 people walk through the gates of the Minnesota State Fair.

According to the fair’s official tally, only 96,716 people attended the rainy day at the fairgrounds.

The lightly-attended day at the fair was likely due to some heavy rain that fell across the area Monday.

The first weekend of the fair included two record-breaking days.