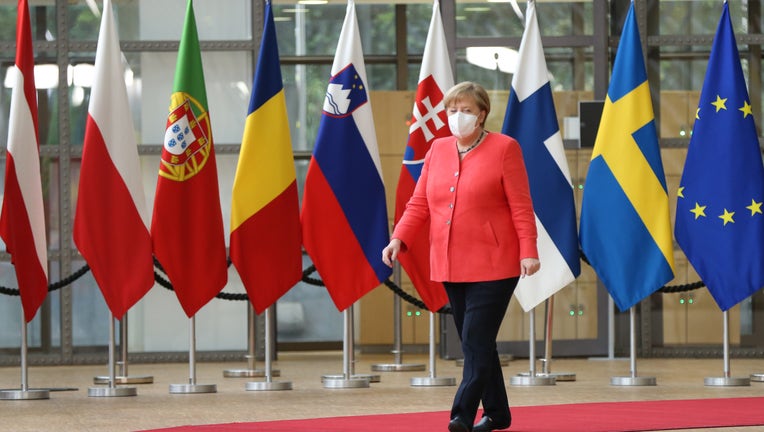 BRUSSELS - On July 16, the European Union updated its list of countries for which Member States should start lifting travel restrictions, but the United States was not included — extending an ongoing ban for Americans amid a surge in cases of the novel coronavirus in the U.S.

The list of countries in which citizens are currently approved to travel to the EU as of July 31 included:

“Travel restrictions aim to reduce the number of travellers entering the European Union. The aim is to restrict the spread of the coronavirus and protect public health within the EU, as well as to prevent the virus from spreading from the EU to other countries,” the EU stated.

As of July 31, nearly 4.5 million Americans had been been reported infected with the novel coronavirus since the start of the pandemic, and more than 150,000 had died, according to figures compiled by Johns Hopkins University.

Europe’s travel list is to be updated every 14 days, with new countries being added or dropped off depending on whether they are keeping the pandemic under control. Non-EU citizens who are already living in Europe are not included in the ban, nor are British citizens.

RELATED: CDC director says his agency was not involved in decision to divert COVID-19 hospital data to HHS

“We are entering a new phase with a targeted opening of our external borders as of tomorrow,” European Council President Charles Michel, who chairs summits of EU national leaders, tweeted. “We have to remain vigilant and keep our most vulnerable safe.”

American tourists made 27 million trips to Europe in 2016 while around 10 million Europeans head across the Atlantic each year.

To qualify for the “safe” list, EU headquarters said that countries should have a comparable per capita number of COVID-19 cases to those in the 31 European countries over the last 14 days and have a stable or decreasing trend in the number of infections.

The Europeans are also taking into account those countries’ standards on virus testing, surveillance, contact tracing and treatment and the general reliability of their virus data.

Dr. Ashish Jha, director of the Harvard Global Health Institute, explains how the COVID-19 mortality rate amid a pandemic is difficult to calculate.

In Brussels, EU headquarters underlined that the list “is not a legally binding instrument” which means the 31 governments can apply it as they see fit. But the bloc urged all member nations not to lift travel restrictions to other countries without coordinating such a move with their European partners.

Officials fear that such ad hoc moves could incite countries inside Europe to start closing their borders to each other again. Panic closures after the disease began spreading in Italy in February caused major traffic jams at crossing points and slowed deliveries of medical equipment.

Italy is still insisting on coronavirus quarantines for visitors from the 14 countries greenlighted by the European Union to visit. Health Minister Roberto Speranza said Italy was taking the “line of caution” given its battle to contain the outbreak in the onetime epicenter of Europe’s COVID-19 emergency.

In publishing its list, the EU also recommended that restrictions be lifted on all people wanting to enter who are European citizens and their family members, long-term EU residents who are not citizens of the bloc, and travelers with “an essential function or need,” regardless of whether their country is on the safe list or not.

Concerns over a “second wave” of coronavirus infections brought on by returning vacationers are wreaking havoc on Europe's tourism industry, particularly in Spain, following Britain's effective ban on travel to the country.

In a move indicative of the continent’s piecemeal approach to the virus, London has recommended against all but essential travel to the whole of Spain following an upswing in new infections there.

Germany also tightened its travel advice for Spain, advising against travel to the northeastern regions of Catalonia, Aragon, and Navarra. Norway has ordered a 10-day quarantine for people returning from the entire Iberian peninsula, and France urged its citizens not to visit Catalonia.

The head of Germany’s national disease control center also warned of “really, really worrying" developments over the last two weeks amid a resurgence of virus outbreaks.

The U.K. has the highest official coronavirus death toll in Europe, with nearly 46,000 deaths. One of the reasons cited for that is that many travelers brought the virus back during the February school break after skiing trips in France, Italy and Spain.

In another tourism-reliant country, Greece, the government said Tuesday cruise ship travel would be allowed to restart on Aug. 1 from six designated ports. But at the same time, authorities said face masks would be made compulsory for all enclosed retail outlets, including hair and beauty salons, in a bid to curb a recent increase in COVID-19 cases.