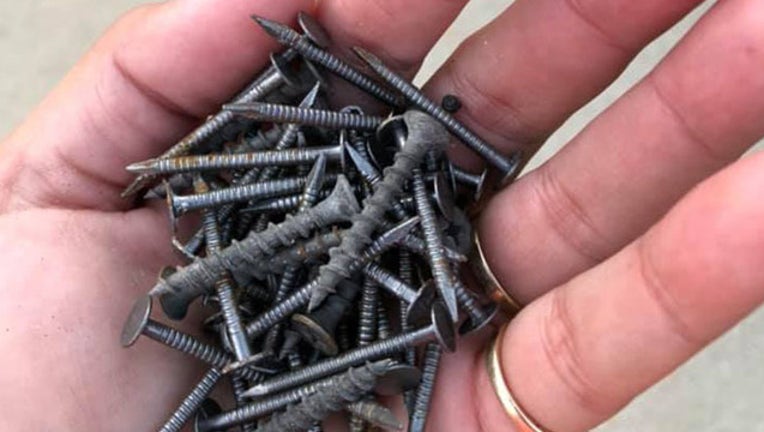 ELK RIVER, Minn. (FOX 9) - Update: The 63-year-old suspect has been charged after throwing screws onto the roads.

A 63-year-old Elk River, Minnesota man is in custody after he allegedly admitted to throwing screws on roads in Sherburne County over the last two months, according to Sherburne County Sheriff's Office.

There are about 150 reports of tires being damaged by screws or screws being found on roads, according to Big Lake police. During the investigation, Big Lake police posted a photo online of a gray Jeep SUV believed to be connected to the incidents.

Monday morning, a caller reported seeing a vehicle near Zimmerman Terrace Park that matched the description, saying the vehicle appeared "suspicious." Minutes later, a Sherburne County deputy responded and stopped the vehicle near Fremont Avenue and 10th Street in Zimmerman.

The 63-year-old man showed the deputy he had a five-pound box of screws in his vehicle and later admitted to throwing the screws on roads multiple times.

A motive is still under investigation.