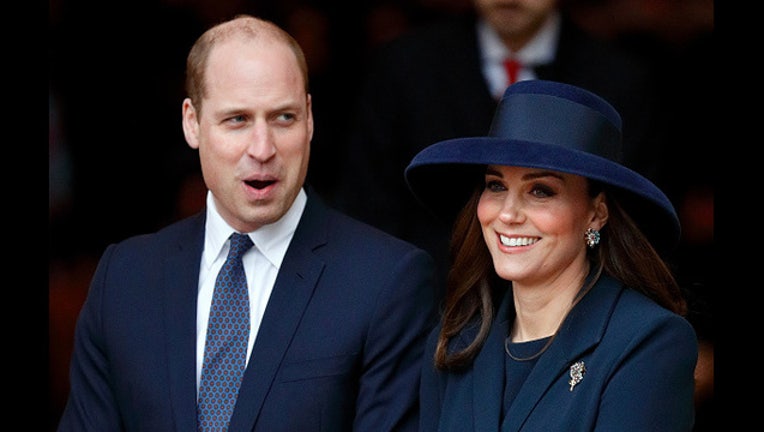 LONDON (AP) -- Kensington Palace says the Duchess of Cambridge has given birth to her third child, a boy weighing 8 pounds, 7 ounces (3.8 kilograms).

Prince William was present for the birth of his son, who is fifth in line to the throne.

The palace says "the queen, The Duke of Edinburgh, the Prince of Wales, the Duchess of Cornwall, Prince Harry and members of both families have been informed and are delighted with the news."