ZIMMERMAN, Minn. (FOX 9) - A dog severely burned in a house fire in January found her forever home Saturday with a firefighter and his family.

Lexi, a lab mix, survived a house fire that killed several of the other pets in her family, but suffered severe burns on the entire left side of her body. Her owners surrendered her to Minnesota-based Ruff Start Rescue.

Sarah Hecklinski and her family fostered Lexi at their home in Zimmerman while she healed.  According to Hecklinski, Lexi was trapped in a plastic kennel during the fire and only managed to escape because the kennel melted, although it left plastic stuck to her body.

After over two weeks of pain and anxiety, Lexi’s burns started to heal quickly and as she healed, her personality began to shine. Hecklinski said Lexi is sweet and she endured the pain and necessary medical care, like changing her bandages and putting on healing salve.

“She didn’t care about any of it,” Hecklinski said. “As long as you were petting her, touching her and loving her, she was game.”

Oliver is a firefighter in West Lafayette, Indiana. He follows Ruff Start Rescue on Instagram, which is where he first saw Lexi. Even before reading the caption on her photo, he recognized her injuries as burns.

“My heart literally broke for her,” Oliver said. “I fell in love with her and knew she was my dog.”

As a fulltime firefighter for 11 years, Oliver has pulled his fair share of animals out of fires, most of which have not survived.

“Pulling those dogs and cats out, it hurts,” he said. “But, if I could have [Lexi] at home, it would be a little bit of relief. I can go home and give her the love she deserves.”

Oliver reached out to Hecklinski in hopes of adopting Lexi. The two stayed in contact during Lexi’s recovery and as soon as Ruff Start Rescue opened her applications for adoption, he applied.

Oliver’s adoption was initially denied because he lived out of state, but he had sent an additional email with his application detailing his job as a firefighter and why he was drawn to Lexi. One of the rescue’s volunteers saw his email, and along with Hecklinski, was able to get him approved. Lexi had found her new home.

“I think they’ll understand what a fire does to a person who has to go through it and they can easily relate that to a dog,” Hecklinski said.

Oliver and his family - which includes his wife, daughter, a dog and two cats - rented an RV and arranged to come to Minnesota. On Saturday, they met Lexi and took her home to Indiana.

“I’m going to give her the absolute best life that anyone can,” Oliver said.

Oliver is hoping that although Lexi is a dog, her story can help other burn victims as well.

He has reached out to a camp in Indiana that helps children who are burn victims. He wants to bring Lexi there because it might help the kids with their own healing if they can see that she has scars from her burns too...and because “everyone loves dogs.” 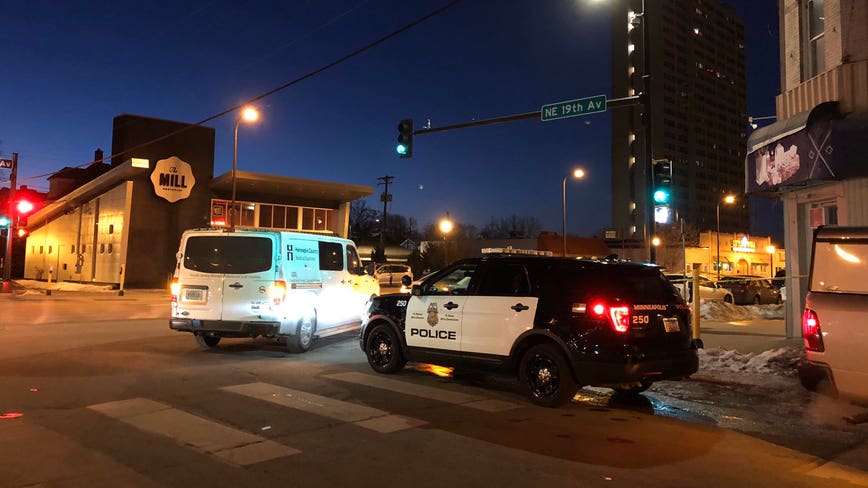