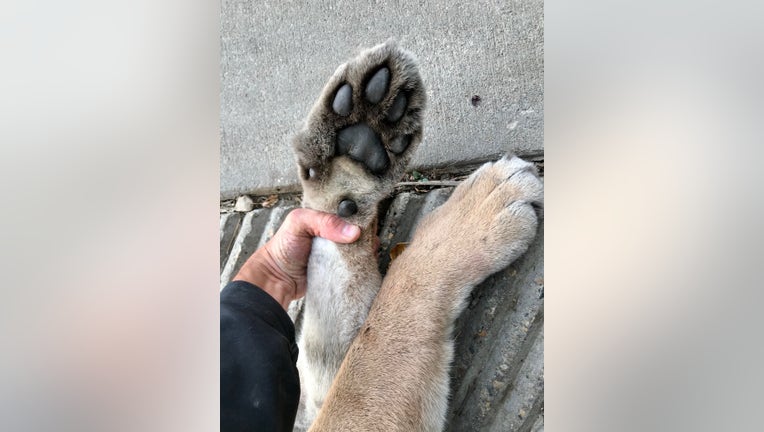 This cougar was struck and killed by a vehicle early Tuesday morning, according to the Minnesota DNR. (Minnesota DNR)

BLOOMINGTON, Minn. (FOX 9) - The Minnesota DNR says a cougar was struck and killed by a vehicle early Tuesday morning near I-494 and I-35W in Bloomington.

The DNR took possession of the 115-pound male, which was taken to the DNR’s Wildlife Research office in Grand Rapids. There, it will undergo a necropsy to determine if it’s wild and where it might have come from.

Cougars are seen in Minnesota occasionally, but the DNR says evidence shows they are transient animals from the Western Dakotas.