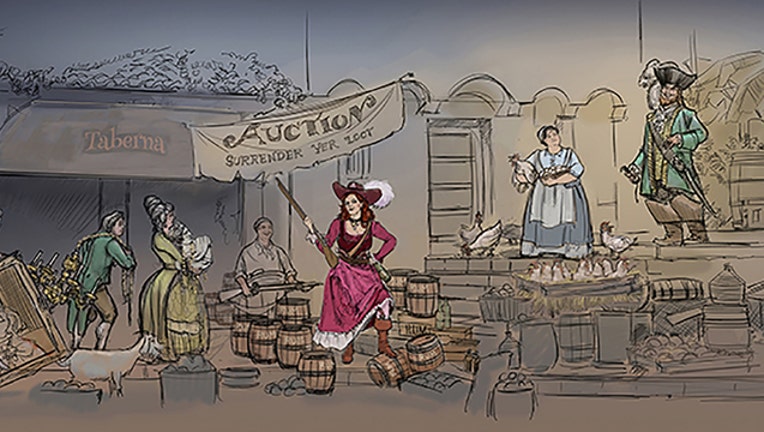 What the new scene could look like at Walt Disney World's Pirates of the Caribbean ride. (Disney)

Disneyland's "Pirates of the Caribbean" ride is losing a scene where a bound and tearful woman is on the auction block for pirates to buy as a wife.

A banner that now says "Auction, take a wench for a bride" will be changed to "Auction, Surrender yer loot," and the woman on the auction block will herself become a pirate.

Disneyland spokeswoman Suzi Brown says Friday the changes will be made at the Paris park in July and at the Anaheim, California, and Florida parks next year.

The change is the most recent of several updates to the ride to match modern sensibilities, including one where a scene was altered to have pirates chasing a woman's food instead of the woman.