WASHINGTON - Leaders around the world condemned the storming of the U.S. Capitol by supporters of President Donald Trump on Wednesday, expressing shock at the chaos unfolding in a country they once relied upon for global leadership.

"Disgraceful scenes in US Congress," tweeted Prime Minister Boris Johnson of Britain, a staunch ally of the United States over generations. "The United States stands for democracy around the world and it is now vital that there should be a peaceful and orderly transfer of power." 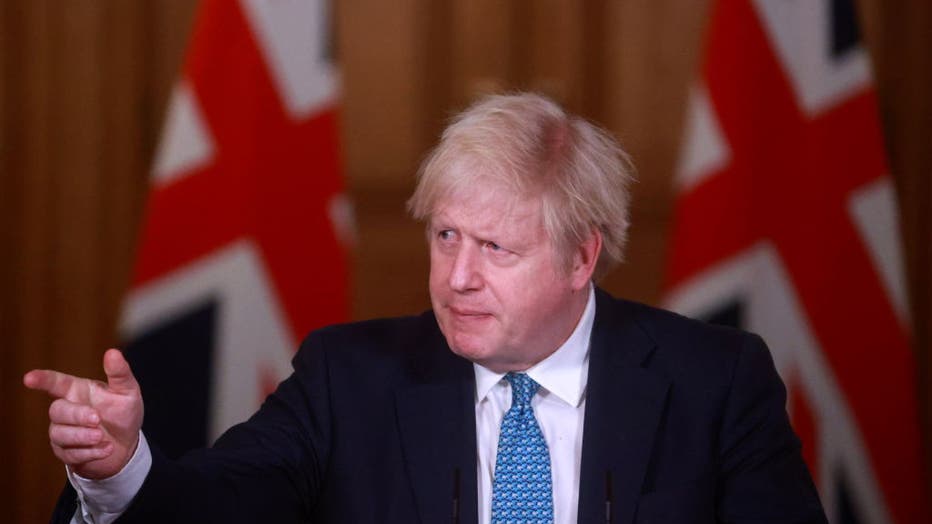 Other allies were similarly appalled at what they described as an attack on American democracy, though some said they believed U.S. democratic institutions would withstand the turmoil. Some leaders singled out Trump for harsh criticism.

"Trump and his supporters should finally accept the decision of the American voters and stop trampling on democracy," German Foreign Minister Heiko Maas wrote on Twitter. "From inflammatory words come violent deeds." He added that "contempt for democratic institutions has disastrous effects."

"The beauty of democracy?" with a shrug emoji was the reaction tweeted by Bashir Ahmad, a personal assistant to the president of Nigeria, which has seen several coups since independence — including one led decades ago by President Muhammadu Buhari, who most recently entered the office via a vote.

Chilean President Sebastián Piñera and Colombian President Iván Duque were among those in Latin America who denounced the protesters, but both also said they were confident that American democracy and the rule of law would prevail.

"In this sad episode in the U.S., supporters of fascism showed their real face: anti-democratic and aggressive,'' tweeted Luis Roberto Barroso, Brazilian Supreme Court justice and the head of the country’s electoral court. He said he hoped "American society and institutions react with vigor to this threat to democracy.''

Venezuela, which is under U.S. sanctions, said the events in Washington show that the U.S. "is suffering what it has generated in other countries with its politics of aggression."

Venezuelan President Nicolás Maduro has survived U.S.-backed opposition efforts to oust him despite accusations of human rights abuses, civil unrest and a humanitarian crisis that has forced millions to flee the oil-rich country.

In Puerto Rico, many people took to social media and joked that the U.S. territory no longer wanted statehood. Independence, they said, looked appealing for the first time in decades.

In fact, it was that pursuit of independence that marked one of the last times the U.S. Congress was stormed violently. Four members of Puerto Rico’s Nationalist Party opened fire on the House floor in March 1954, wounding five lawmakers.

Italians watched the events with shock, having always considered the U.S. to be the model of democracy and the country that rescued Italy after its fascist descent during World War II.

"This is the widely anticipated outcome of Trumpism," tweeted a retired Italian center-left politician, Pierluigi Castagnetti. "And unfortunately it won’t end today. When politics is replaced by deception and fanaticism of the people the drift is inevitable."

European Parliament President David Sassoli, who leads one of the largest legislatures in the world, also denounced the scenes at the Capitol. The European Union has spent four cantankerous years dealing with the Trump administration, and its top officials have repeatedly said they are looking forward to a better relationship under President-elect Joe Biden.

"This is insurrection. Nothing less. In Washington," tweeted Carl Bildt, a former prime minister of Sweden.

Turkey, a NATO ally that has sometimes been at odds with Washington, expressed concern over the images of angry Trump supporters trying to thwart the certification of Biden as the new president. The chaos forced lawmakers to be rushed from the building.

A Turkish Foreign Ministry statement urged all parties in the United States to use "moderation and common sense."

"We believe that the United States will overcome this domestic political crisis with maturity," the ministry said.

The ministry statement also urged Turkish citizens in the United States to stay away from crowds and demonstrations.

Trump issued a restrained call for peace well after the melee was underway but did not immediately ask supporters to disperse. Later, he urged them to go home and called them "very special people."

Canadian Prime Minister Justin Trudeau said his country was "deeply disturbed" by the events in the U.S., Canada's closest ally and neighbor.

"Violence will never succeed in overruling the will of the people. Democracy in the US must be upheld — and it will be," Trudeau tweeted.

Volkan Bozkir, president of the 193-member United Nations General Assembly, said he was saddened by the developments. But, he tweeted, ″I believe that peace & respect for democratic processes will prevail in our host country at this critical time."

Polish President Andrzej Duda, who twice visited Trump at the White House and hosted him in Poland, said on Twitter that his country had "full confidence in the power of American democracy."