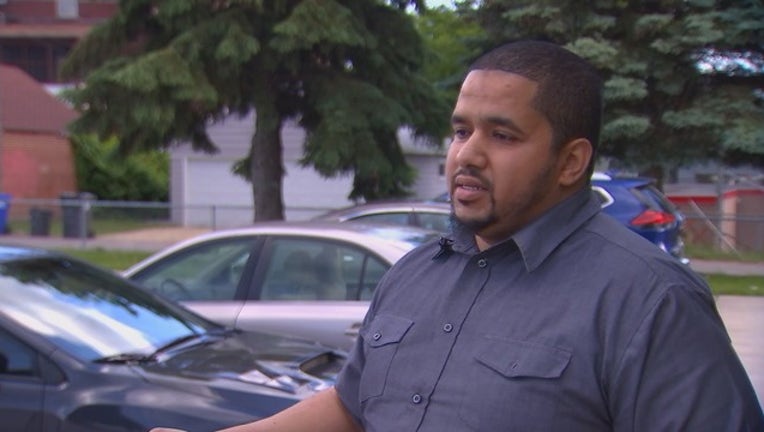 ST. PAUL, Minn. (FOX 9) - UPDATE: This story has been updated with a statement from Busuri's office.

Members of the DFL Party are calling for a St. Paul councilman to resign and apologize after he did not take part in a Pride resolution and for allegedly making anti-gay remarks on social media years ago.

During Wednesday’s City Council meeting Councilman Kassim Busuri did not vote on the resolution to recognize 50th anniversary of Stonewall and Pride month.

However, after he did not vote on the resolution, critics’ screenshots of Busuri’s Facebook posts from a few years ago began to circulate on social media. In one post regarding a news article about the Ugandan president signing an anti-homosexuality bill into law, Busuri wrote, “That’s why I’m going back to Uganda.”

Busuri released a statement Thursday, saying due to his Muslim faith, he believes “no one should be persecuted for their faith, values beliefs, or who they are.”

“Ask yourself what kind of leader do you believe our community should have? One who wraps themselves in a rainbow flag, a person-of-color flag, or whatever the flag-of-the-day is for political gain or one who acts in the best interest of humanity,” wrote Busuri.

In a joint statement, Stonewall DFL and Minnesota Young DFL, the LGBTQ and youth caucuses of the Minnesota DFL Party, slammed Busuri’s statement saying it “further degraded the LGBTQ community” and called for Busuri to step down.

"Furthermore, as DFL community caucuses, we will present a resolution at the Saint Paul DFL convention on Sunday condemning Councilmember Busuri's homophobia and calling for his resignation from the St. Paul City Council,” read the statement. “Homophobia has no place in the DFL Party nor in public office.”

After thoughtful prayer and reflection, I can understand that the LGBTQ community would like to have my attention. I want to address this issue because I believe there is a fracture within the Muslim community and the LGBTQ community.   As members of this Party there should be dialogue that brings us to an understanding and respect. As more members of the Somali community become active in the Democratic Party and process, a level of understanding and compassion should be reached for those who fully practice Islam. Equally, there should be a level of understanding and compassion to be reached for those from the LGBTQ community. Condemning someone for past comments is not the answer.   The answer lies within our collective groups to come together and have difficult, but meaningful conversation. I do not and will not discriminate against anyone and I will do all I can within my power to recognize the humanity in each of us and bring people together.