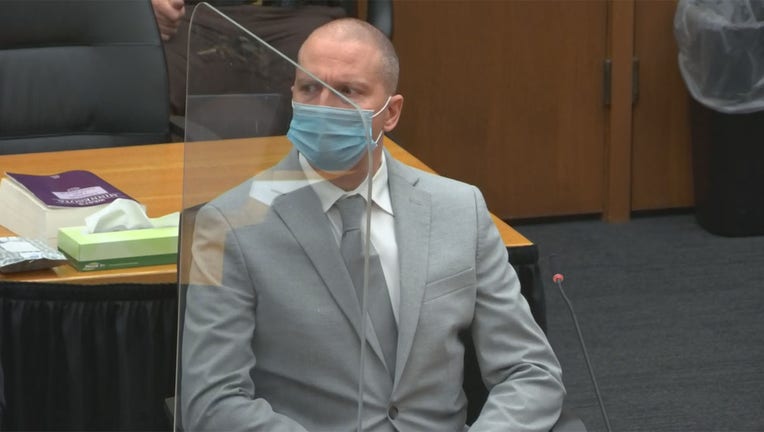 MINNEAPOLIS (AP) - Derek Chauvin has hired an attorney to represent him as he appeals his murder conviction in the death of George Floyd, according to court documents made public Monday.

Attorney William Mohrman filed a document with the court Friday saying he would represent Chauvin in his appeal. Chauvin was convicted in April on state charges of second-degree unintentional murder, third-degree murder and second-degree manslaughter in Floyd’s 2020 death. He was sentenced to 22 1/2 years in prison.

Chauvin filed documents last month saying he intends to appeal his conviction and sentence on 14 grounds, including that he believes his trial should have been moved from Hennepin County and that the jury should have been sequestered.

He asked for a public defender to represent him on appeal, but the state Supreme Court denied that request this month, saying a review of his assets and debts showed he was ineligible. When Chauvin made the request, he said he had no income aside from nominal prison wages and that the Minnesota Police and Peace Officers Association’s legal defense fund, which paid for his initial attorney, told him its obligation to fund his legal representation ended when he was convicted and sentenced.

The firm was involved in a lawsuit in Arizona that sought to vacate the 2020 presidential election results, prompting complaints against Morhman and others from the Arizona State Bar. The Arizona Republic reported that the complaints were dismissed after the attorneys moved to withdraw their lawsuit, which claimed, among other things, that some "shadow government" orchestrated by Facebook founder Mark Zuckerberg handed out grant money to direct the actions of elections officials.

Morhman’s firm is also representing nearly 200 Minnesota health care workers who have sued their employers over COVID-19 vaccine mandates. Last week, a federal judge denied their request for a temporary restraining order that would have blocked the mandate from being enforced, according to the court record.

Separately, Chauvin is also charged in federal court with violating Floyd’s civil rights when he knelt on the Black man’s neck for about 9 1/2 minutes as Floyd was facedown on the pavement, not resisting and pleading for air. He has pleaded not guilty to those charges.