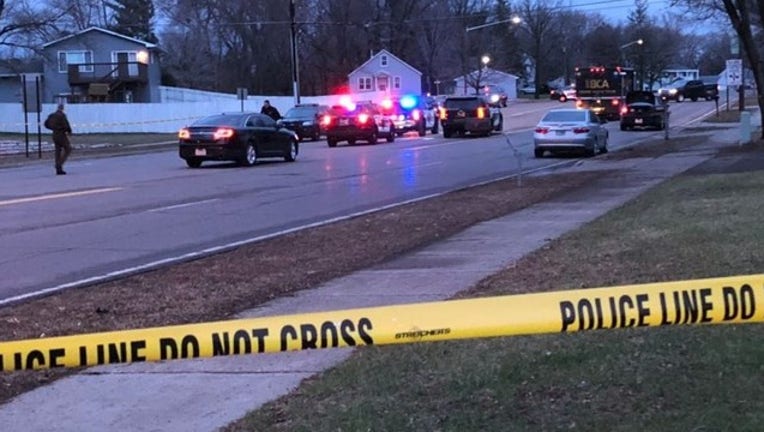 One person is dead following an officer involved shooting in Coon Rapids.

"Although I have concluded that the use of deadly force by the law enforcement officer was legally justified in this instance, any loss of life is a tragic occurrence, and I wish to express my sympathy to the family and friends of John Duane Fairbanks, whose life was lost in this incident," said Backstrom in a release.

According to his report, the incident happened on April 18 around 1:40 a.m. During a traffic stop, police noticed there was a hypodermic needle in the back seat and asked the passenger, John Duane Fairbanks, to get out of the vehicle. When an officer asked Fairbanks to take his hands out of his pockets, Fairbanks refused and ran away after an officer tried to grab his hands.

Two officers then ran after him. During the chase, Fairbanks shot at the officers. Coon Rapids Police Officer Alex Hattstrom fired back.

More law enforcement arrived to set up a perimeter. A Blaine police K-9 eventually tracked down Fairbanks in a backyard. The officers found the K-9 pulling on Fairbanks' leg. They saw Fairbanks pick up a gun and they repeatedly commanded him to drop the weapon. When he did not, Anoka County Deputy Christopher Vitek shot Fairbanks multiple times, killing him.

Backstrom determined both Officer Hattstrom and Deputy Vitek were legally justified in using deadly force because they were protecting themselves and other officers.

"Even when a legal justification exists for the use of deadly force, the taking of a life is not something any law enforcement officer wishes to do and the emotional impact upon the officers involved in such a tragic occurence can be significant," said Backstrom in the release.