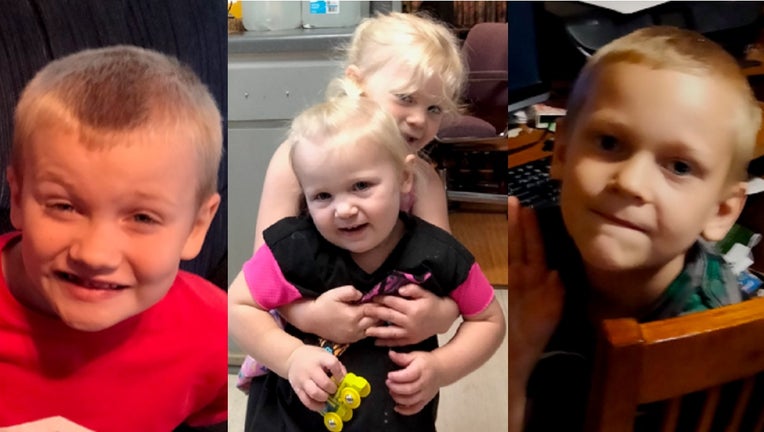 (FOX 9) - The Stearns County Sheriff's Office has issued an alert on Saturday searching for a family including four children who may be in danger.

According to the sheriff's office, the children, 2-year-old Delilah, 3-year-old Briella, and 8-year-olds Landon and Carter, are traveling with their parents, identified as Robert and Erika Herrington.

However, deputies say there is a domestic assault no-contact order in place for Robert Herrington that restricts him from being around his children and wife. In a release, the sheriff's office says: "There is concern for the children's welfare due to [the no-contact order] and other conditions they may be in."

The family is believed to be traveling together in a 2015 Hyundai Sonata with a white and black top with the Minnesota license plates BWD-364.

Anyone with information on the Herringtons whereabouts is asked to call deputies at 320-251-4240 or 911.