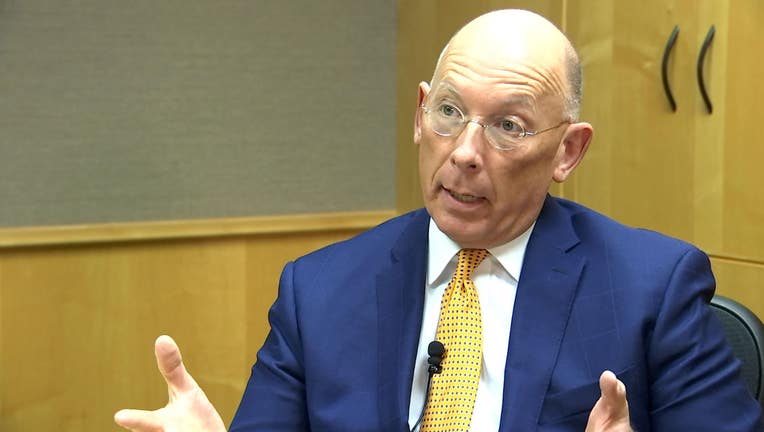 Department of Corrections Commissioner Paul Schnell is responding after the DOC decided to take another look at a 2018 death at the Beltrami County Jail. (FOX 9)

ST. PAUL, Minn. (FOX 9) - A day after mother of an inmate, who died in custody, rallied with supporters outside Department of Corrections headquarters in St. Paul, Corrections Commissioner Paul Schnell speaking out.

A day after mother of an inmate, who died in custody, rallied with supporters outside Department of Corrections headquarters in St. Paul, Corrections Commissioner Paul Schnell speaking out.

Schnell says he wants department investigators to take a broader look at what was happening in the Beltrami County Jail in the days surrounding the 27-year-old’s death in 2018. Much of it was captured on in-house surveillance video, which Sherrell’s family shared with FOX 9.

Schnell explained that typical DOC in-custody death reviews focus solely on a 12-hour period just before an inmate passes away and then on a finite period of time afterwards. In this case, correctional review found no violations of established jailhouse practices.

It’s a finding Beltrami County has singled out in its defense of a federal civil rights lawsuit and one that has outraged Del Shea Perry, Sherrell’s mother.

“It doesn’t matter what he died of - the fact is he died,” said Perry in a previous interview with FOX 9. “And he died in their facility due to their neglect and abuse. If they had done what they were supposed to do for my son, my son would still be alive today.”

“When you learn more about the history of what appears to be a deteriorating condition that obviously creates some concern that ultimately we want to look at and make sure that the appropriate care is delivered and checks done,” said Schnell.

The Department of Corrections is also responsible for licensing county jails. In its most recent annual inspection of the Beltrami County Facility on May 21, the department noted several compliance issues requiring corrective action. Among those issues included a jail staffing shortage that appeared to be taking a toll on correctional officer recruitment and retention. There were also concerns over how well corrections officers were conducting welfare checks of inmates in their cells - a central issue in the legal fight over Sherrell’s death.

“To draw a causal conclusion based on the data we have today, we’re not in a position to do that,” said Schnell.

Schnell has extended an invitation to Sherrell’s mom, so the two can meet privately to discuss her concerns. He also wants to use this case to help broaden the department’s post-death investigative procedures in order to learn from these tragedies and make sure they aren’t repeated.