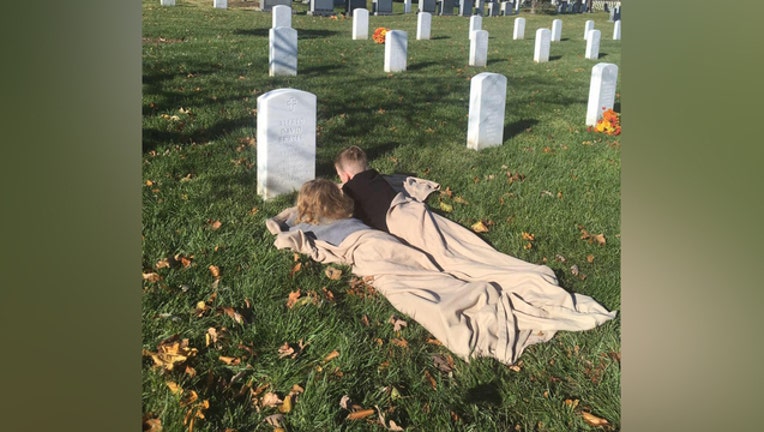 ARLINGTON, Va. (FOX 5 DC) - The young sons of a deceased Army sergeant still hold their father’s memory close – and that sense of closeness was captured recently in a photo of the boys talking to their father at his gravesite.

Army Staff Sgt. Alfred Brazel died from cancer in July of 2017, according to WesternJournal.com.

He left behind two young sons – Mason and Mylan – and his wife, Kait Brazel.

About four months after their father passed away, the boys and their mother made the trip from Colorado Springs, Colorado to Arlington National Cemetery.

While they were at the gravesite, the boys laid down – Mylan said he wanted to nap with his father, while Mason prayed.

Brazel told WesternJournal.com that the sight made her heart swell with pride.