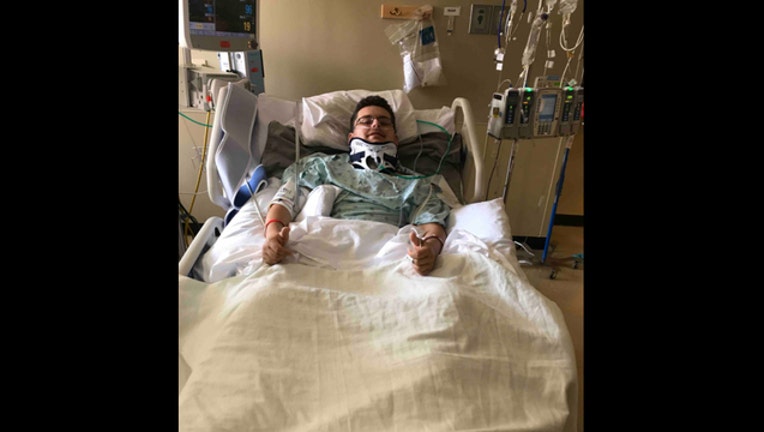 FOXNEWS.COM - A Texas father set to walk down the aisle next month was paralyzed in a tragic accident last week, after he jumped into a pool feet first while playing with his young son.

Chris Stafford, of Richmond, Texas, was at the community pool with his fiancé, Madison Wusterhausen, and their 23-month-old son Noah, KHOU reported. A GoFundMe page set up on behalf of the young couple revealed that Stafford had jumped in the pool multiple times before, but this time he said he couldn’t feel his legs.

I had to reach down and lift him up so he could breathe,” Wusterhausen told KHOU. “So, then I started screaming ‘He’s drowning, he’s drowning.’ People came over and helped him out of the pool and he started saying he couldn’t feel his legs.”

The GoFundMe page said that the impact shattered his C7 vertebrae, and while he can use his upper extremities, he is paralyzed from the waist down.