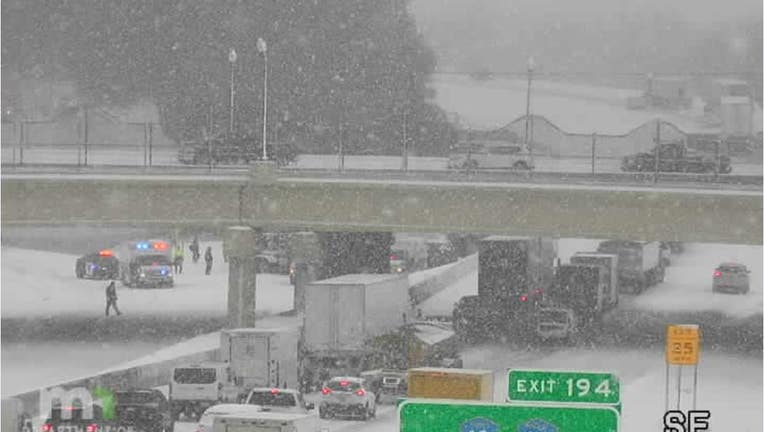 A crash on I-94 near Monticello caused delays in both directions Thursday morning. (MnDOT)

MONTICELLO, Minn. (FOX 9) - The westbound lanes of I-94 were closed for hours on Thursday after a crash involving 29 vehicles near Monticello before reopening just after 6:30 p.m. The eastbound lanes reopened around 1:30 p.m.

The Minnesota State Patrol says about half of the vehicles in the crash were semis. Visible smoke and fire could be seen in videos and photos of the scene Thursday morning. Crews were still fighting the fires nearly 5 hours after the initial crash which occured around 9:15 a.m.

Crews fought fires on semis Thursday after a 29-car crash in snowy, low-visiblity conditions on I-94 near Monticello. (JoseLuis Acuna Del Valle)

According to MnDOT, the crash was reported between Wright County Road 19 and County Road 18 near Monticello. At the time of the crash, a heavy band of snow went through the area, limiting visibility. 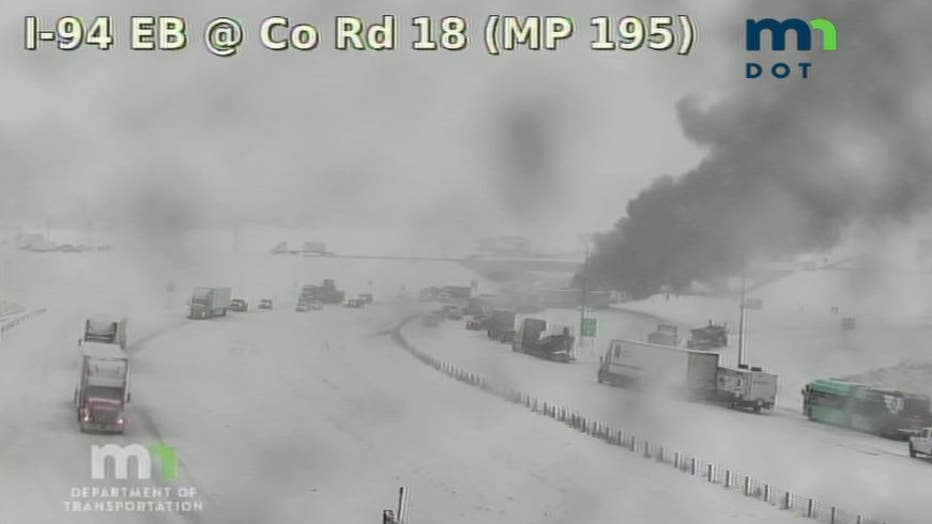 Black smoke was seen on traffic cameras emitting from a vehicle after a crash on I-94 Thursday morning. (MnDOT)

The State Patrol said roads were covered in ice and snow.

A number of drivers left the scene of the crash before law enforcement arrived Thursday, the State Patrol says. Anyone with information regarding the incident is asked to call the Minnesota State Patrol St. Cloud District Office at 320-223-6666.