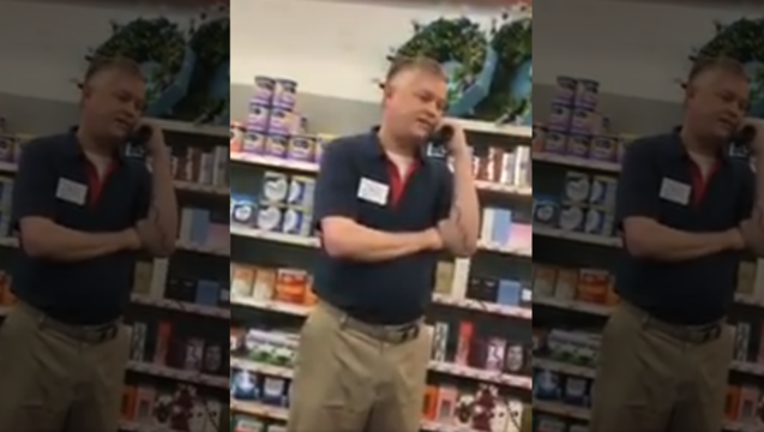 A CVS manager reportedly called police on a black woman over a coupon he hadn't seen before. (Twitter)

(FoxNews.com) - A black woman from Chicago said a CVS store manager called the cops on her for trying to use a coupon he didn’t recognize.

“So, THIS just happened: I had the police called on me for attempting to use a coupon @ the CVS Pharmacy located at 6150 N. Broadway in Chicago!” Hudson wrote.

Video of the incident captured by Hudson shows the CVS manager visibly shaken as he speaks with police. The manager identified himself as Morry Matson.

While on the phone with police, Matson describes Hudson as “African-American,” to which she responds, “Black. No, I’m not African-American, I’m black. Black isn’t a bad word.”

Three officers responded to Matson’s call, the Chicago Sun-Times reported, citing Hudson’s post. She reportedly spoke with the officers before leaving the store.

A CVS spokesman said a regional director contacted Hudson as soon as the company became aware of the incident.

“CVS has begun an investigation and we will take any corrective action that is warranted to prevent it from happening again,” the spokesman said. “CVS Pharmacy does not tolerate any practices that discriminate against any customer and we are committed to maintaining a welcoming and diverse environment in our stores.”

Matson is reportedly involved in politics. He was a state delegate for Donald Trump’s presidential campaign and is currently running for 48th Ward alderman. Matson is also president of the Log Cabin Republicans of Illinois, a GOP group that advocates for LGBT rights.

CVS’s coupon debacle is the latest instance of a “white person calling the cops on a black person” under questionable pretenses.

And in San Francisco in June, a white woman – dubbed “Permit Patty” – called the police on a 8-year-old black girl selling lemonade because she supposedly didn’t have a permit.