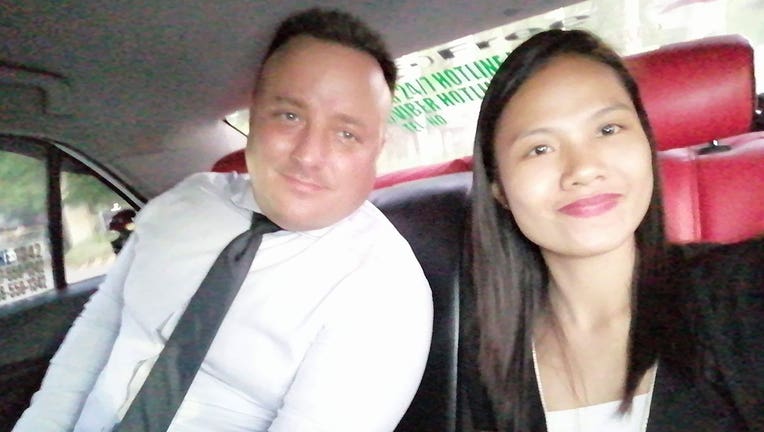 STILLWATER, Minn. (FOX 9) - Ryan Lee and his fiancé, Angelica Sofronio, didn’t spend their two-year anniversary together in-person. Instead, they were forced to celebrate over their cell phones, with Ryan in Stillwater and Angelica in the Philippines.

"I remember when I left the Philippines, she wondered when she was going to see me again. I told her I would be right back but I didn’t realize that things would be closed down for over two years now," said Lee.

Couple waits for more than a year amid fiancé visa backlog

A Stillwater man says the process of getting his fiancé approved for a K1 immigration visa has proven a far more challenging task than expected thanks to COVID-19.

Ryan proposed to Angelica just before the COVID-19 pandemic broke out and applied for a fiancé visa shortly after, which allows engaged partners of U.S. citizens to travel to America as long as the couple gets married within 90 days of arrival.

Pre-pandemic, the process took anywhere from 3 to 9 months. Angelica and Ryan have been waiting for more than a year.

"It seems we’ve done everything perfectly, but they haven’t given us a date. We are just kind of hanging. We don’t know what’s going to happen next," said Lee.

Because of the pandemic, many embassies and consulates suspended routine visa services, including the one in the Philippines. There’s now extensive delays for many trying to get this type of non-emergency visa.

In fact, dozens of couples recently sued the U.S. embassy in Manila, alleging their fiancé visas are being slow tracked.

"I understand there’s COVID-19 going on, and yes, it’s created a backlog, but what is being done about it?" said Lee.

For his part, Lee has done everything he can from home in Minnesota, contacting the National Visa Center, the U.S. embassy in Manila, various Philippine consulate offices, and U.S. representatives and senators from Minnesota. The news he has received from them has not always been good.

A congressional staffer told Ryan the process could take another one to two years to be completed.

"I don’t even think it should take 3 to 9 months, but for it to take over a year and to not communicate? No answers. We pay a lot of tax money that this should be taken care of," said Lee.