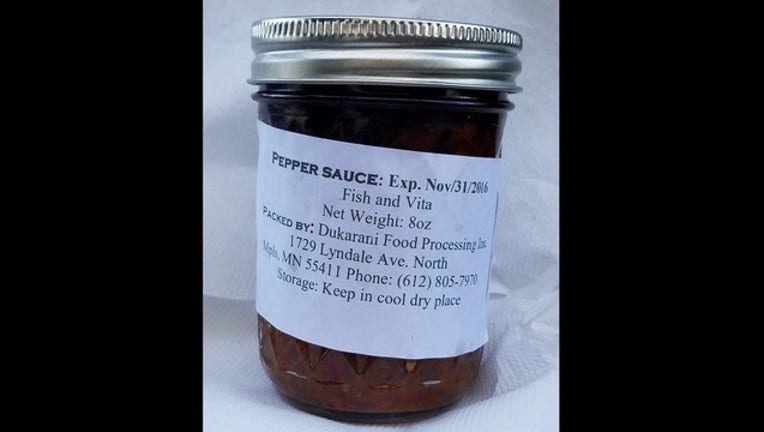 MINNEAPOLIS (KMSP) - Sauces and benniseed made by Dukarani Food Processing, Inc. of Minneapolis are under a consumer advisory by the Minnesota Department of Agriculture for potentially being contaminated with Clostridium botulinum.

The bacterium can cause life-threatening form of food poisoning called botulism.

During a routine inspection, officials found issue with two fish and vegetable-based sauces.

MDA officials aren't sure if the sauces were properly processed.

The inspector also noted the Dukarani's benniseed, a dry sesame seed and ground fish product, was made through an unapproved process and ingredient source.

Officials advise people to not eat and to throw out these products.

So far, there haven't been any reports of illness.