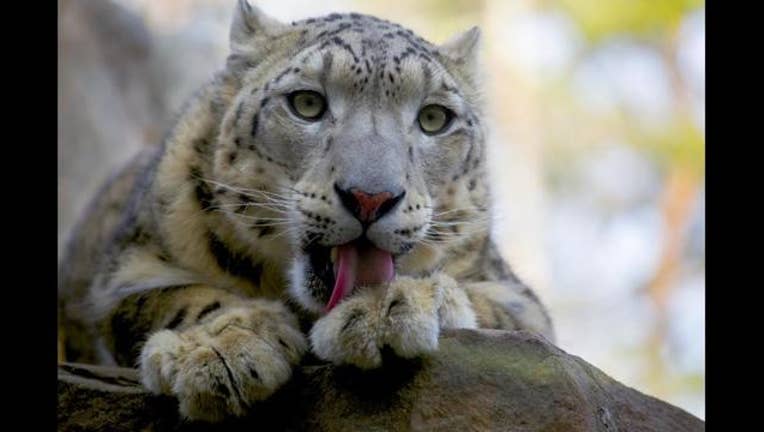 Moutig, a 3-year-old male from France, and Alye, a 2-year-old female from Berlin, Germany, are expected to move outdoors later this spring. According to a zoo press release, the two “could have kits as early as 2018.”

The pair was part of a trio of young snow leopards chosen to come to North America through a selection process that attracted applications from zoos around the country. Como Zoo was chosen to receive the breeding pair because of Minnesota’s cold climate and because of the zoo’s 60 years of experience raising endangered cats.

The third snow leopard went to the Milwaukee Zoo in Wisconsin.

The snow leopards had to spend 10 hours on a plane and several hours of coordinating with zookeepers in Germany and France to get to the U.S.

Snow leopards “range across two million square miles of wild habitat and 12 countries, but very few human beings will ever encounter one face to face,” the news release said.

The cats live in the shadows of mountain ranges from Afghanistan to China to Mongolia, making it a challenge for researchers to know just how many of the endangered cats still survive in the wild. Current estimates from the Snow Leopard Trust suggest that there may be 3,900 wild snow leopards left in the world.