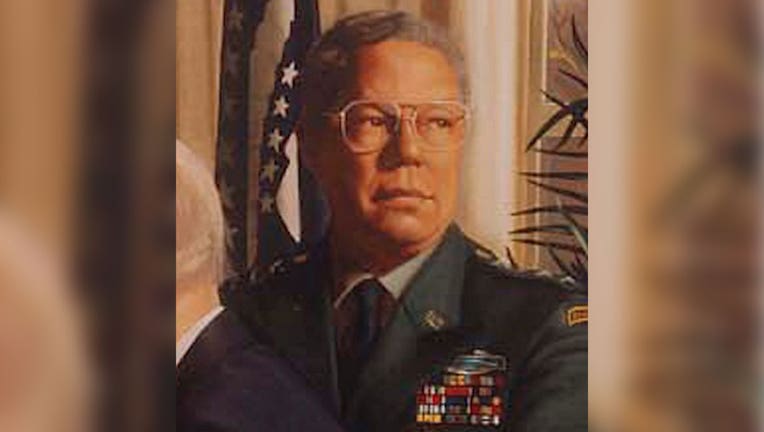 (FOX 9) - Flags at all state buildings are at half-staff on Monday as many Minnesotans remember the life of General Colin Powell, after his death from COVID-19 complications.

A four-star general, Chairman of the Joint Chief of Staff, and America’s first African-American Secretary of State; Powell wore many hats, and his leadership was felt worldwide.

Flags at all state buildings are at half-staff on Monday as many Minnesotans remember the life of General Colin Powell, after his death from COVID-19 complications.

As Powell worked in his office Ballma captured his essence with a paintbrush. He’s worked with four presidents and three prime ministers, but his time around the general always stood out.

"During that time he would convey to me how important his job was to think about the troops," Balma said. "He was a real inspiring person to be around, I thought he carried himself like a real humanitarian."

The end result of hours in Powell’s office, a painting named "Resolution" portrays Powell with some of President George H.W. Bush’s cabinet.

"I have him looking out the window, and he felt very strongly that that was where he wanted to be because he was thinking about the troops in the field," Balma said.

Balma says later on the general sent a note thanking him for the piece, and they stayed in touch over the years. He’ll always remember him as a great man who did so much for the world.

"I’d like to think of him as someone I shared a great deal of respect with and for," Balma said.

In South Minneapolis, at the General Colin Powell Leadership Academy, Monday’s news was tough. "We told the students today in class that General Powell passed away because of COVID and it was kind of a shock to everybody," Stephen Chapman with the academy said. "Because this is something that we weren’t prepared for."

Now the school will use his legacy as an example to future generations on how to act, and what they can accomplish.