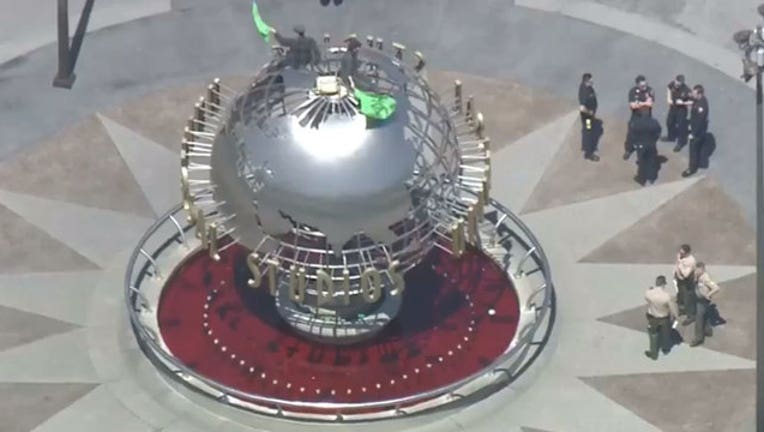 UNIVERSAL CITY, Calif. (FOX 11) - Climate-change protesters climbed and allegedly superglued themselves to the globe at Universal Studios in Universal City on Monday, calling on NBC and Universal to take action on climate change.

Watch live: Protesters on top of the globe:

According to a press release, members of Extinction Rebellion LA scaled the legendary structure at Universal City Walk at lunchtime, in order to send a "clear message to NBC and the business community" about steps they can take on the climate crisis.

According to the activist group's Facebook page, at least one protester was arrested.