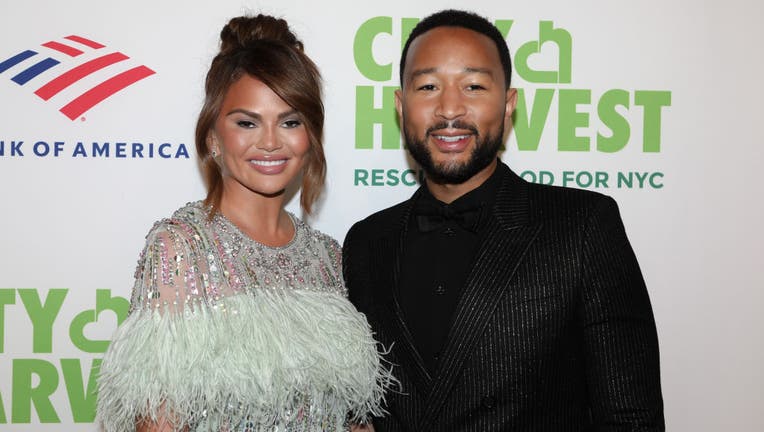 Chrissy Teigen is pregnant. The model, 36, took to Instagram on Wednesday to share that she and her husband, John Legend, are expanding their family.

"The last few years have been a blur of emotions to say the least, but joy has filled our home and hearts again," her caption began.

"1 billion shots later (in the leg lately, as u can see!) we have another on the way. Every appointment I’ve said to myself, ‘ok if it’s healthy today I’ll announce’ but then I breathe a sigh of relief to hear a heartbeat and decide I’m just too nervous still."

She continued: "I don’t think I’ll ever walk out of an appointment with more excitement than nerves but so far, everything is perfect and beautiful and I’m feeling hopeful and amazing. Ok phew it’s been very hard keeping this in for so long!"

The "Cravings: Hungry For More" author, who faced a cyberbullying scandal last year, received well-wishes from her fans. "Congratulations. Love you guys. You are so strong," one user wrote.

Legend and Teigen lost their third baby, Jack, in September 2020 after she experienced pregnancy complications at 20 weeks. They share two children: Luna, 6, and Miles, 4.

Teigen announced her pregnancy loss in September on social media after she was hospitalized.

"We are shocked and in the kind of deep pain you only hear about, the kind of pain we’ve never felt before," she wrote at the time. "We were never able to stop the bleeding and give our baby the fluids he needed, despite bags and bags of blood transfusions. It just wasn’t enough."

In July 2021, Teigen revealed that she and Legend had planted a tree inside their new home in line with Thai tradition. Jack's ashes are in the soil of the tree, according to the model. She added that both of her kids talk about Jack in their everyday lives.

"The way Miles and Luna talk about him is so beautiful and reminds me of when I was little talking to my grandpa who was just sitting bedside next to my mom in a little urn," Teigen told People magazine in April 2021. "It's all beautiful, and I love that tradition carries down."

Fox News' Lauryn Overhultz contributed to this report. Read more of this story on FOX News.