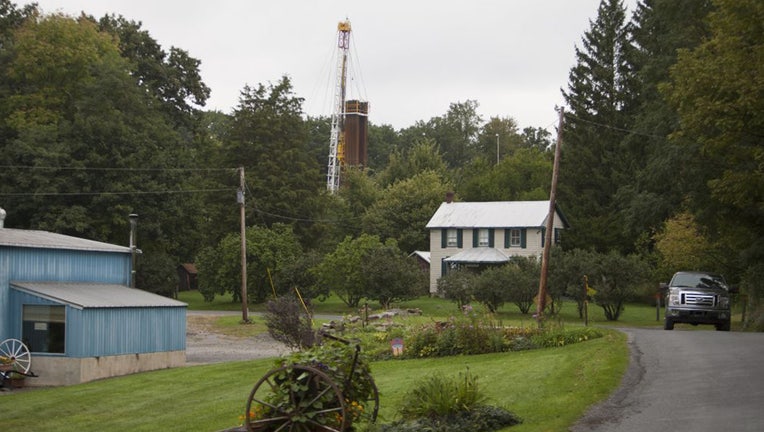 FILE - A home with a nearby derrick drilling for natural gas near Calvert, Penn. (Robert Nickelsberg/Getty Images)

A recent study from Yale School of Public Health found evidence of a higher risk of children developing leukemia if they lived near unconventional oil and gas (UOG) developments, also known as hydraulic fracking sites.

The peer-reviewed study published on August 17 in the journal Environmental Health Perspectives found that children who were born and lived near these fracking sites were two to three times more likely to be diagnosed with cancer between the ages of 2 and 7.

Researchers observed nearly 2,500 Pennsylvania children, 405 of whom were diagnosed with acute lymphoblastic leukemia, the most common type of cancer in children, according to a news release about the study.

Acute lymphoblastic leukemia, also known as ALL, is a type of cancer that causes mutations in the lymphoid immune cells.

The long-term survival rates are high among children who are diagnosed with this type of cancer, however, this puts them at higher risk of developing other health problems and psychological issues, according to the study’s authors.

Chemicals released from fracking sites into the atmosphere as well as pollution generated from vehicle emissions at these sites are just a few of the impacts observed in this study, according to the senior author, Nicole Deziel, associate professor of epidemiology at the Yale School of Public Health.

"Studies of UOG exposure and cancer are extremely few in number. We set out to conduct a high-quality study to further investigate this potential relationship," added Cassandra Clark, the study’s first author and a postdoctoral associate at the Yale Cancer Center. "Our results indicate that exposure to UOG may be an important risk factor for ALL, particularly for children exposed in utero."

Another pathway for exposure to these harmful chemicals is through drinking water, the study continued.

"This means that the researchers identified UOG wells that fell within a child’s watershed area — the zone from which a drinking water well serving their home would likely draw water — and calculated the distance from the home to the nearest of those UOG wells. UOG wells falling within the watershed area are expected to be more likely to impact the home’s drinking water supply," researchers said.

Study authors called for further research on the relationship between the development of cancer and proximity to fracking sites which will hopefully warrant government action.

"Our findings of increased risk of ALL at distances of two kilometers or more from UOG operations, in conjunction with evidence from numerous other studies, suggest that existing setback distances, which may be as little as 150 feet, are insufficiently protective of children’s health," Clark said. "We hope that studies like ours are taken into account in the ongoing policy discussion around UOG setback distances." 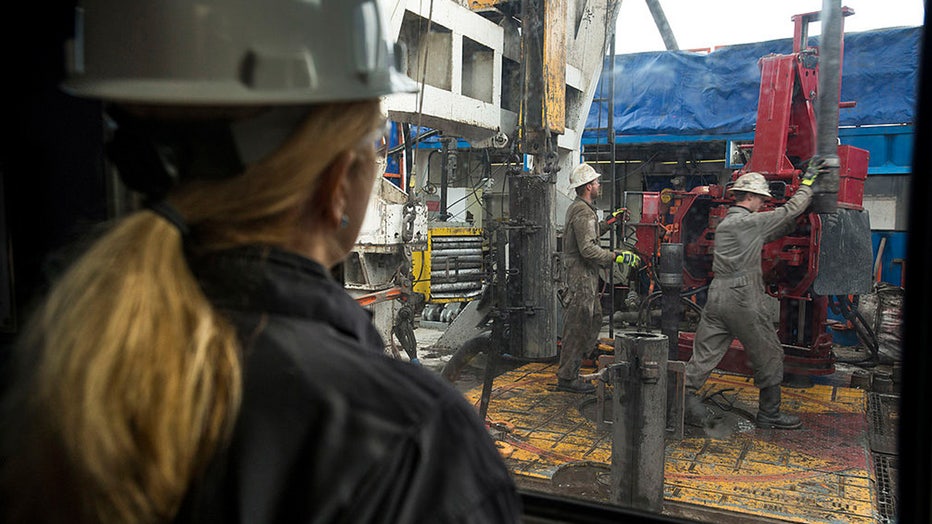 In 2019, Pennsylvania Gov. Tom Wolf and his administration spent $3 million on a pair of studies to explore the potential health effects of the natural gas industry.

Dozens of children and young adults have been diagnosed with Ewing sarcoma and other forms of cancer in a four-county area outside Pittsburgh, where energy companies have drilled more than 3,500 wells since 2008.

Ewing has no known environmental cause, and gas industry officials said there is no evidence linking pediatric cancer to drilling. But the families nevertheless suspect that drilling and hydraulic fracturing, the method that energy companies use to extract natural gas from shale rock, played a role.

The announcement came after residents and activists had expressed anger and frustration over the state Department of Health’s handling of the pediatric cancer crisis. The health department concluded this year that the cancer cases did not meet the technical definition of a cluster, a finding that was greeted with skepticism by activists and residents who said the agency failed to include some cases in its study.

Overall, the fossil fuel industry in Pennsylvania supports about 50,547 jobs, a 2021 report published by the Pennsylvania Department of Environmental Protection showed.

The Associated Press and FOX News contributed to this report. This story was reported from Los Angeles.