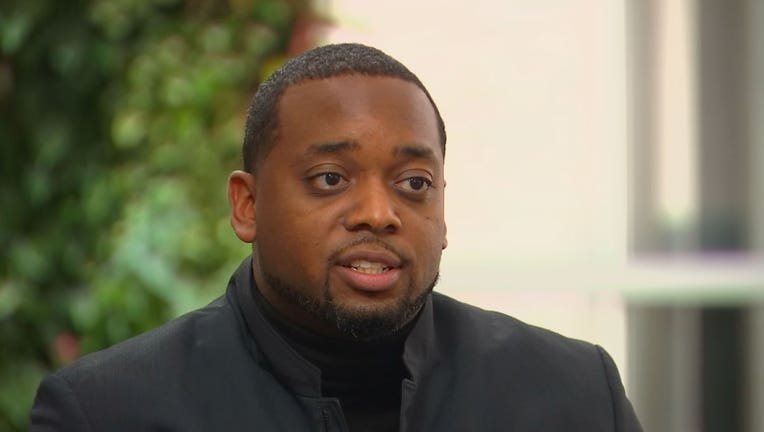 Brandon Mitchell has been known as juror 52 for the last few weeks during the trial of Derek Chauvin. Wednesday he became the first juror to speak publicly about the deliberations that ended in three guilty verdicts.

MINNEAPOLIS (FOX 9) - Brandon Mitchell, a JV basketball coach at North Minneapolis High School, has been better known as juror 52 over the last month in the trial of Derek Chauvin.

Wednesday, Mitchell spoke with FOX 9 about the experience and how the jury ultimately arrived at three guilty verdicts, including one for second-degree murder.

Brandon Mitchell is the first juror in the Derek Chauvin trial to speak out after the verdicts were announced last week. He spoke with FOX 9 about what the deliberations looked like and his thoughts on the trial itself.

FOX 9's sit down with Brandon Mitchell can be seen during tonight's newscasts. You can stream them at fox9.com/live.

The identities of the jurors won’t be released by the court for six months, but Mitchell said he wanted to speak out publicly now.

"I think it’s important for me as a person of the Minneapolis community and the Black community and a Black man to get out and be visible because these are things we need to do in terms of civil services: jury duty, voting. Those are things that can help spark change," he said. "So, with me being so visible, I can help spark some of those changes."

Mitchell says once deliberations started and a foreperson was chosen, the jury dove right into the manslaughter charge against Derek Chauvin. The initial vote saw all but one of the 12-person jury agreeing that Chauvin was guilty. Within an hour, the jury was unanimous on the charge.

The next day, Mitchell says, deliberations picked back up as they looked into the third-degree murder charge. It took a few hours because of its complexity. By the time the jurors did a preliminary vote on second-degree murder, the discussion lasted only about 20 minutes.

Speaking one week after reaching a verdict in the trial of Derek Chauvin, a juror says testimony from a pulmonologist called by the prosecution was key in helping jurors reach their decision.

Only one juror needed to be swayed to find Chauvin guilty on all three counts.

When asked if he felt pressure in any way, Mitchell said "no."

The state of Minnesota’s prosecution team for the Derek Chauvin murder trial opened up about the verdict, telling FOX 9 they had no idea what to expect when the jury came back after less than 10 hours of deliberations.

"I don’t think any of the other jurors did either," he said. "Just because, from being in the courtroom during the trial every day and having to witness on instant replay someone dying every day, the stress of that alone, you don’t have time to think about pressure. That’s enough pressure alone just to make the right decision, because you are deciding someone else’s life and you are watching someone lose their life."

Mitchell says Dr. Martin Tobin, a pulmonologist who testified about Floyd’s cause of death, was the strongest witness. He added that the defense did a very good job, too.

He also believes the jury might still be deliberating right now had it not been for the cell phone video in this case.

FOX 9 spoke with one of the jurors who spent weeks listening to testimony in the trial of Derek Chauvin, the former police officer found guilty in the murder of George Floyd.