Former President Donald Trump honored retired Brig. Gen. Charles McGee, who turned 100 in December. McGee, one of the first black fighter pilots, was one of the Air Force’s most celebrated pilots. He received several standing ovations during Trump’s speech.

Retired Army Air Forces Col. Charles McGee, who was one of the last surviving members of the Tuskegee Airmen, died at the age of 102, according to U.S. Defense Secretary Lloyd Austin.

"Today, we lost an American hero," Austin tweeted Sunday. "Charles McGee, Brigadier General and one of the last surviving Tuskegee Airman, passed at the age of 102. While I am saddened by his loss, I'm also incredibly grateful for his sacrifice, his legacy, and his character. Rest in peace, General."

The Tuskegee Airmen is the nickname of the first African American unit to fly combat airplanes in World War II.

RELATED: General Charles McGee recounts the 30 years he served as a Tuskegee Airman

McGee was one of the Air Force’s most celebrated pilots. He flew 409 fighter combat missions over three wars.

In a statement, his youngest daughter Yvonne McGee said, "He had his right hand over his heart and was smiling serenely." 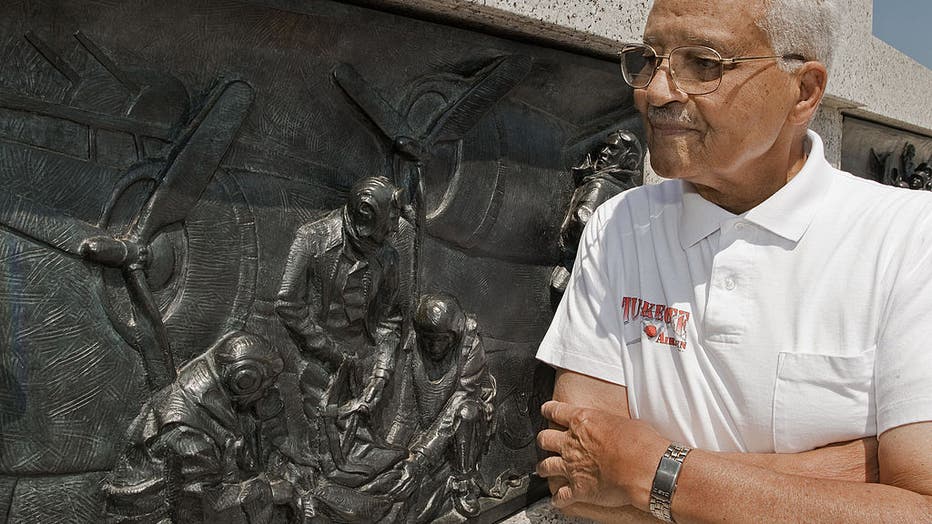 "He was a wonderful human being…I feel proud and privileged to be called his son" said his son Ron McGee, in response to the heartbreaking news.

McGee was believed to be the oldest living Tuskegee Airman at the time of his passing. He was 22 years old when he became a part of history in the making.

"I took the exams and passed and all I can say was when I got a call after that first flight I was hooked," McGee said. "Back then we didn't realize what was taking place. We were doing something supporting the country."

McGee went on to command a squadron during World War II, the Korean War and the Vietnam War. He said his squads all had one goal.

"Our role moving into bomber escort was to save American lives," he said. "I don't see myself as a hero. I see myself as one little American that did accomplish something that was helpful."

McGee’s home in Bethesda, Maryland, was filled with awards, including a Congressional Gold Medal from President George W. Bush. He was also recognized by President Trump during his State of the Union address in 2020.

After retiring, McGee spent his time inspiring future generations to pursue their dreams, and to persevere gracefully through all challenges they may face. His mantra, the Four P’s, "Perceive, Prepare, Perform, and Persevere" has become a staple among the many lives he touched.

FOX 5 DC and the Associated Press contributed to this report. This is a developing story. This story was reported from Los Angeles.