According to the charges, at 10:41 a.m. Sunday, police responded to Nicollet Island on a report of a theft in progress. When officers arrived, they learned Simpson had cut free a disabled houseboat that was docked there and was now drifting on the river on it. 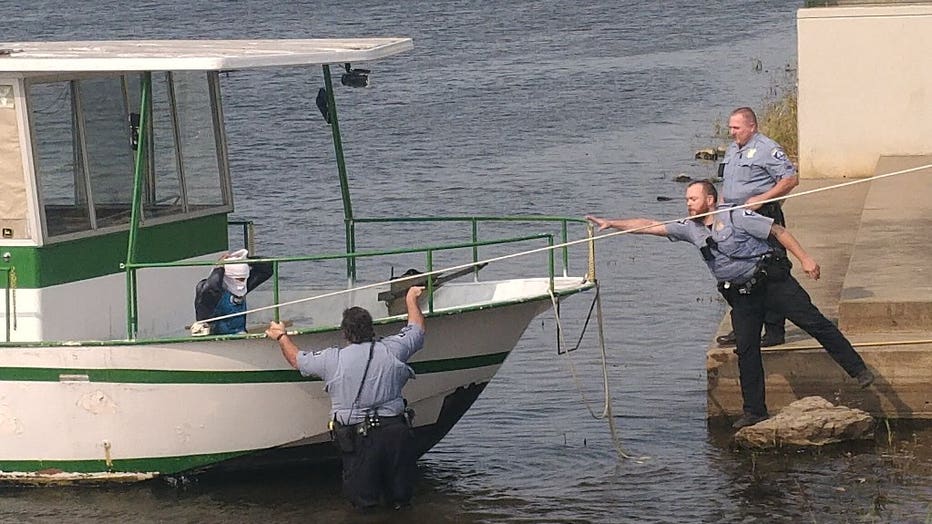 Though he had been told to stay off the boat, this was apparently the third time he had boarded the boat in the last two weeks.

Officers yelled to Simpson that the boat did not belong to him and to come ashore, but he told them that under maritime law, he was talking the boat to salvage, the charges say.

The boat continued drifting north up the river until it was blown onto shore at the steps of Boom Island. Once the boat was on shore, officers placed Simpson under arrest.

Simpson is currently in custody.