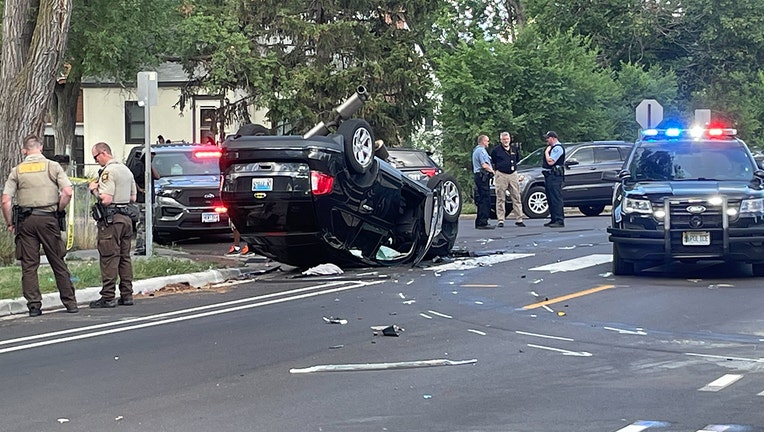 BROOKLYN CENTER, Minn. (FOX 9) - A man is now facing charges in a crash that followed a police pursuit in Brooklyn Center and left a six-year-old girl dead.

Hakeem Muhammad is charged with criminal vehicular homicide and fleeing a peace officer for the deadly crash on Friday.

According to the complaint, Muhammad was wanted on a warrant for a deadly shooting in Minneapolis in April. On July 15, Brooklyn Center police got a tip that was in a parking lot near 57th Avenue North and Logan Avenue North in Brooklyn Center. When they arrived, Brooklyn Center officers say they pulled their squad up behind a gray Chevy Equinox with Muhammad in the front seat.

According to the charges, the officers got out of their squad and approached Muhammad's vehicle with guns drawn. However, they say Muhammad put the vehicle in gear and took off.

A six-year-old girl has died from the injuries she sustained in a car crash that occurred following a police chase late Friday afternoon in Brooklyn Center.

The officers followed with their lights activated with other units following suit. The chase continued through the city and crisscrossed over I-94 – with speeds reaching 94 mph, according to officers – before the crash at 53rd Avenue North and Humboldt.

The charges state Muhammad entered the intersection and hit a Ford Edge, causing it to flip. The crash left five people hurt and a six-year-old girl dead.

Muhammad is now in custody at the Hennepin County Jail with charges also pending for the original murder case.