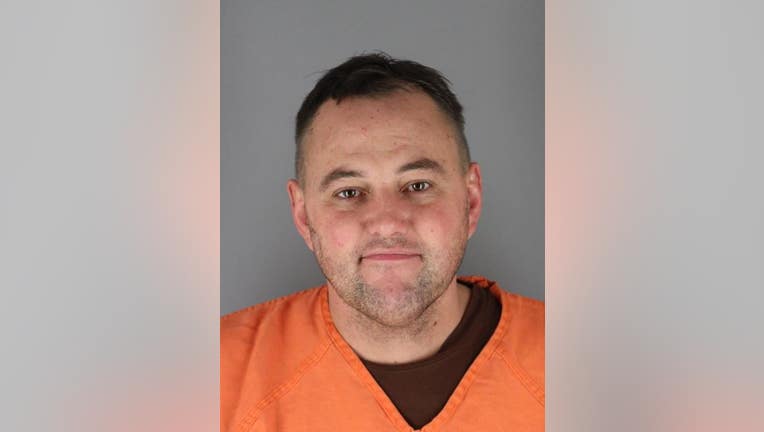 Jason Gerardy has been charged after he allegedly broke windows on cars belonging to his father and a Somali man. (Hennepin County Jail)

BLOOMINGTON, Minn. (FOX 9) - A 39-year-old Burnsville, Minnesota man is charged after he allegedly smashed windows on multiple vehicles in what was, in part, a racially motivated incident, according to the criminal complaint.

Tuesday, the Hennepin County Attorney's Office charged Jason Gerardy with threats of violence and first degree damage to property. Each count carries a maximum sentence of five years in prison and a $10,000 fine.

According to the criminal complaint, at 10:18 p.m. on November 23, police responded to an apartment building near 9100 Old Cedar Avenue in Bloomington. Authorities had received calls about a man, later identified as Gerardy, smashing car windows. Near the apartment, officers found Gerardy who was "bleeding profusely" from his right hand. He told police he damaged three vehicles, two of which belonged to his father, who he had argued with that night. As for the third vehicle, Gerardy told police he broke out "some Somalian's windows" because "he's a [racial slur] and does not pay taxes."

Officers found the three damaged vehicles in the parking lot, the charges state. The rear windshield of a vehicle belonging to a Somali and Muslim man was completely shattered. The victim told police he was afraid of Gerardy because of comments he had made about Muslims in the past. The repair estimate was $427. As for the two vehicles that belonged to Gerardy's father, the repair estimate was $4,844.

According to the charges, Gerardy also allegedly threatened to kill a person who saw him in the parking lot after he damaged the vehicles.

Gerardy's father told police his son sometimes "goes into fits of rage" and he is afraid his son may someday kill someone.

Gerardy is in custody at the Hennepin County Jail.