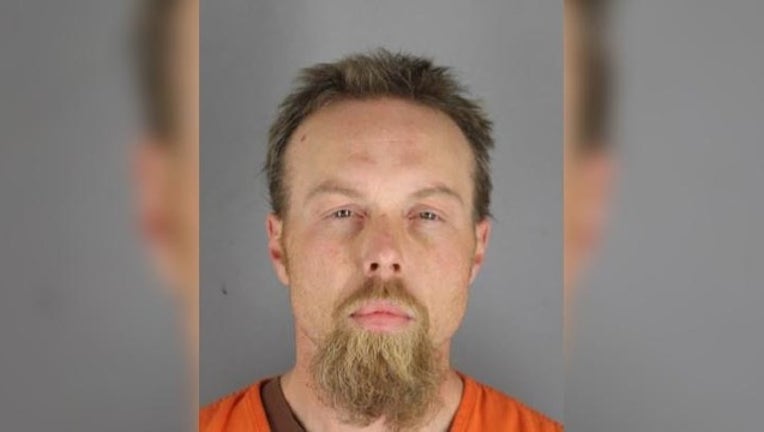 According to the criminal complaint, at about 3:12 p.m. Monday, officers responded to a report of a man who pulled a large knife on employees at the Humane Society on Meadow Lane North. When they arrived, officers found a suspect, Carl Adam Haugen, had been subdued by employees.

Haugen was yelling that his dog had gotten away and allegedly screamed, "Where is my f---ing dog?"

Witnesses told police Haugen claimed to be a volunteer and asked where a blue Daschund was. According to the complaint, employees found him to be acting odd and said he was not dressed as a normal volunteer.

Haugen then searched the area, located a dog and lifted the gate. He broke the padlock, threw the gate to the side and grabbed the dog. According to the complaint, staff ordered him to put the dog down, but he pulled out a large knife and was waiving it around saying, "I'll kill you!"

He then fled the building with the dog and was met by Humane Society Officers who tackled him.

Officers recovered the knife, as well as brass knuckles and a glass meth pipe from Haugen as they arrested him. During an inteview with officers, Haugen said his dog was left in the car when he fled on foot in a separate case involving Robbinsdale Police.

He is charged with terroristic threats-reckless disregard risk, which carries a maximum sentence of five years.

"Shortly after 3 p.m. yesterday our animal care staff encountered an intruder trying to forcibly remove a dog that was being held on a bite quarantine in a non-public holding area of our Golden Valley shelter. During this incident he engaged physically with several staff members, threatening them and several others with a knife. The intruder fled the building with the dog and was apprehended on the grounds by Golden Valley police. He remains in police custody.

One staff member sustained torn ligaments in his hand as a result of the altercation. No one was injured by the knife. The dog was recovered and safely returned to our care."