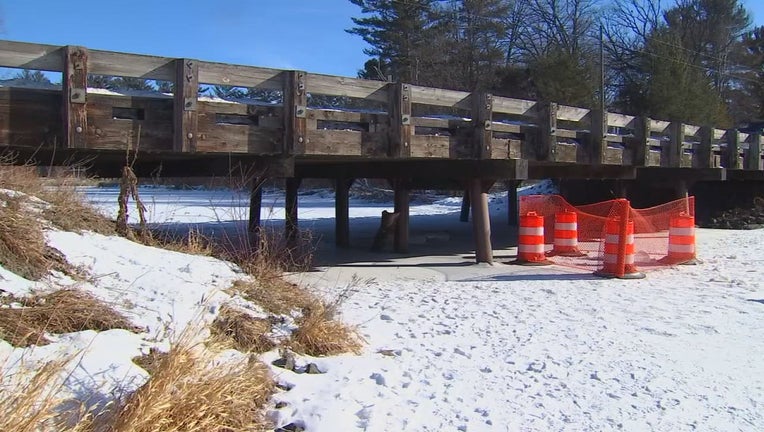 The Swan River Bridge near Little Falls, Minnesota is where a 30-year-old man left his wife's dead body after allegedly strangling her after an argument over the weekend.

LITTLE FALLS, Minn. (FOX 9) - A 30-year-old man was charged with second-degree murder Tuesday after he admitted to strangling his wife during an argument after a night out in Little Falls, Minnesota over the weekend.

Saturday, officials began investigating the death of Jeanine Greyblood. Sunday, her husband was arrested in connection with her death and disappearance.

Friends detail night that led to death of Little Falls woman, arrest of her husband

A Little Falls woman's death and disappearance has rocked the town of Little Falls. Some of her friends who were with her the night she died explain what they saw and why her husband is behind bars Monday.

Jonathan Greyblood, 30, of Little Falls, was formally charged Tuesday. In the charges, police say the husband told investigators he strangled his wife, killing her while in their car in their Little Falls driveway.

After her death, Greyblood told police he panicked and drove her body to the Swan River Bridge south of Little Falls and dropped her under the bridge.

Greyblood was taken into custody after officers discovered her body on the ice surface.

Initially, Greyblood told police he and his wife had an argument while parked at a city park. He said his wife got out of the car without a coat and he wasn’t able to find her after that. He reported her missing on the morning of Feb. 6.

The night of the alleged murder, friends of the Greybloods said they were out at a bar together before heading to a friend’s house. The friends confirmed the couple was fighting when they left.

Jeanine Greyblood was a mother of five, her friends said.