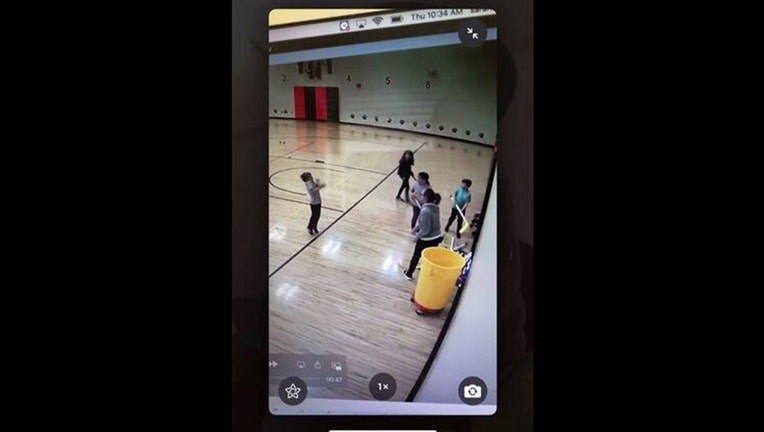 A former Sherburne County teacher who resigned after surveillance footage caught her throwing a hockey stick at an 8-year-old student is facing charges because of the incident.

(FOX 9) - A former Princeton public school teacher who resigned after surveillance footage caught her throwing a hockey stick at an 8-year-old student now faces criminal charges related to the incident.

Kimberly Neubauer, 63, was charged with third-degree assault Tuesday, following an investigation by the Princeton Police Department.

In May, the Minnesota Department of Education determined the child was subject to maltreatment by the teacher, after reviewing the surveillance footage and interviewing the student.

The video footage obtained by Fox 9 shows students placing their hockey sticks in a pile when 8-year-old Easton Johnson can be seen tossing his hockey stick toward the pile. The teacher then quickly picks it up and throws it at him, resulting in Easton losing a tooth, according to his parents.

"We’re in shock," said Easton’s father Lance Johnson at the time. "She’s within five feet, and she didn’t even hesitate. Like she was trying to hurt him."

Surveillance footage out of Sherburne County shows a teacher throwing a hockey stick at a student – causing him to lose a tooth, his parents say.

Neubauer was placed on administrative leave immediately following the incident and the district accepted her resignation shortly thereafter, according to the superintendent of Princeton Public Schools Ben Barton.

However, FOX 9 learned that in an internal email to staff two weeks following the incident, the school’s principal notified colleagues of the teacher’s departure without mentioning the alleged assault, saying she wished the teacher "the absolute best."

More recently, the district posted on its Facebook page congratulating Neubauer on her retirement. Barton has since apologized for the post, saying he didn’t authorize it and it was taken down as soon as he was made aware.

According to the charges, dental records show the child lost an upper front-right baby tooth due to the incident and had been "completely knocked out with no root left behind." Records also noted bruising.